The Andy Talley Bone Marrow Foundation seeks to increase the odds of finding lifesaving donors for patients in need of a marrow transplant by registering young donors to the Be the Match Registry. Founded in 2010 by Villanova Football Head Coach Andy Talley, the non-profit formed the “Get in the Game. Save a Life.” initiative, which works with more than 90 colleges to register young donors.

Gary Monterosso and the crew from What’s on Tap were on hand at our Pint Night in January for the release of Demisemiseptcentennial Pale Ale — our brew in honor of Villanova’s 175th anniversary. They got together with Ryan and Cubs outfielder, ‘Nova grad, and Cape May native Matt Szczur.

“Really, really good people,” Gary said, in reference to our commitment to being a good neighbor.

Gary is loving Demisemi, calling it a “good, sessionable beer.”

“I really like that,” said co-host Kimmy Kocktail, after her first taste. “I just like all of their beers.”

Check out the video below to see what else they had to say, including his interview with Ryan and Matt. You can hear Matt talk a little more about his involvement with the Andy Talley Foundation, as well as how he saved the life of a young girl in the Ukraine.

SNJ Today at the Pint Night

SNJ Today has been giving us some love lately, with Ryan as a guest on What’s on Tap just a few weeks ago and now being on hand for our Pint Night supporting the Andy Talley Bone Marrow Foundation last week.

They’re definitely loving on our “uniquely-named” brew, and we don’t blame them!

“The Andy Talley Bone Marrow Foundation speaks to our Core Values, so we want to ‘Be a Good Neighbor’ and do what we can to support a great cause,” Ryan said.

They enjoyed seeing Matt Szczur being a part of it, too. So did we! It was great having him down to the brewery multiple times over the past few weeks — Matt’s a great guy with a huge heart. Having him part of this has been an unbelievable treat.

In addition, Gary Montorosso recorded a new episode of What’s on Tap that night, with Ryan and Matt as guests. Once we know when it’s going to be aired, we’ll keep you updated.

In the meantime, check out the video below.

Szcz the One-Off Wednesday (and raise some money!) 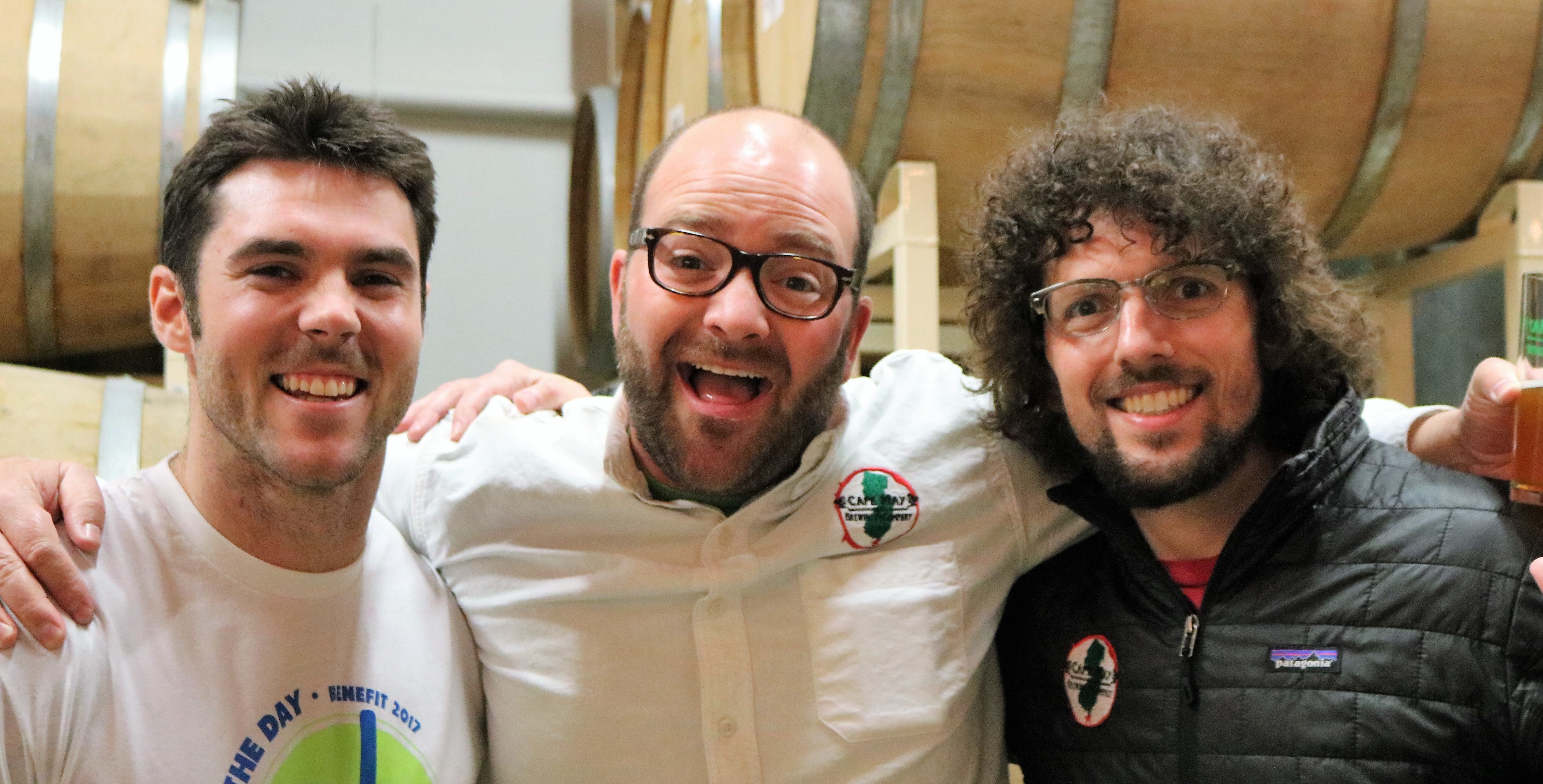 “The night’s been pretty unbelievable. The support from this town has been nothing short of remarkable.”

Between our Pint Night and his Second Annual Szcz the Day Dinner on Friday, he’s hoping to exceed last year’s total of $80,000 raised for the organization and 75 potential donors.

We raised $1,068 toward that goal and signed up 25 potential bone marrow donors, including Assemblyman Bob Andrzejczak.

“It’s great to see CMBC reaching out to the community and beyond,” he said. “They’ve teamed with an organization that’s benefitting people and saving lives, all through the power of beer.”

And the beer in everyone’s glass that night was Demisemiseptcentennial Ale.

Matt helped us create a one-off for the evening — Szcz the One-Off-Wednesday, Demisemi conditioned with orange, pineapple, and coconut — and the keg was kicked well before the conclusion of the evening.

As we investigated the Brewtique close to the end of the evening, Beertender Jake Hauser couldn’t keep the beer-to-go fridge stocked quickly enough: he came out of the back room with four cases on a hand truck, and they were gone before he could even get to the fridge.

The general reaction to Demisemi was overwhelmingly positive. Just about everyone used some variant of the word “awesome.”

Kym and Brian of Conshohocken played hookey from work on Wednesday to come down for the Pint Night. They’d been meaning to make a trip down to the brewery for a while, and when she saw the Pint Night on Facebook, Kym’s friends asked her if she was planning to go.

Lovers of “all things Villanova,” Kym graduated from the University in 2010. They’ve been to nine Wildcats basketball games this season and were heartbroken at the ‘Cats loss to Marquette the night before.

Nonetheless, they were loving on Demisemi.

Kym had been a fan of the brewery for a while, “but I love you a thousand times more, now,” she said.

2009 graduate and Ocean City native Andrew Clare was equally as enthusiastic about the brew. “It’s a nice tribute to Villanova,” he said. “The floral aroma makes it incredibly drinkable, with just enough hops to be inviting and not off-putting.

“I’m excited to get a growler and enjoy it at home!” he said.

Regardless of the success of Demisemi, the night was all about the Andy Talley Bone Marrow Foundation.

It will prove to be a big weekend for Matt and for the Foundation. We raised over a thousand dollars for bone marrow awareness and research, but the dinner on Friday night should see a much greater return.

Ryan and Hank were both thrilled to see our night such a success.

“We’re honoring our alma mater, fulfilling our Core Values, raising a ton of cash for the Andy Talley Foundation, and hopefully matching a donor to a life that can be saved,” Ryan said. “Not a bad way to spend a Wednesday night.”

Hopefully, one of the 25 potential donors there that night will be a match for someone, but the odds are admittedly against us. According to the Be the Match website, the odds are about 1 in 430 that a donor will be matched with someone in need.

But, like Betty Kelly — the Be the Match representative working the table Wednesday night — said, “It only takes one.”

We hope it was someone at the Tasting Room Wednesday night.

For more information on the Andy Talley Foundation, see their website. If you’re interested in donating bone marrow to someone in need, see the Be the Match website.

We begin distributing Demisemiseptcentennial Ale to our New Jersey accounts on Monday. Be sure to stop in your favorite restaurant, bar, or bottle shop and pick up some Demisemi.