What Went Down At The Monday Meeting, 3/2/15: Chai Beer, the Pope, and Frisbees

9:31: Production meeting commences! Brew Master Brian Hink lays out the immediate brew schedule: Coastal Evacuation on Tuesday and Wednesday (because liquor stores are “begging for it”) and Honey Porter Thursday and Friday. Full steam ahead — upcoming snowstorm be damned! 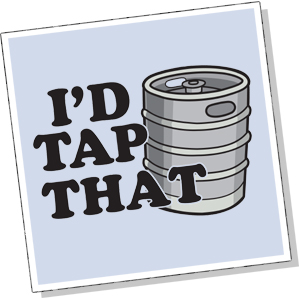 9:34: Time for the meat of the morning’s discussion: how to avoid keg shortage scandals! (Okay, there are no keg shortage scandals — more like keg shortage “pickles,” as CMB president Ryan Krill calls them — but we’ve been watching a lot of House of Cards.) Bottom line: no one wants to “slam on the brewing brakes” because we’ve got more beer than containers to put it in, so… keg shopping here we come.

9:50: The one-off for One-Off Wednesday this week is Raspberry Coastal. Next week is ChaIPA – that’s right, Chai tea plus IPA. Fun fact: the ingredients in chai are good for everything from warding off the flu (cloves) to helping with digestion and motion sickness (ginger). There you have it — a beer that’s good for your health.

10:33: Time for an accounts update from Justin and his mustache: 132 in Jersey alone.  New on the list are Canal’s in Mount Ephraim and Connie Mac’s Irish Pub in Pennsauken.

10:38: Events report! Up first –at UNO Pizzeria and Grill in Maple Shade this Friday — will be a tap takeover and we do mean takeover. Nine CMB beers will be on the menu, many of which aren’t even available in CMB’s own tasting room any longer. In other words, it’s last call. Saturday is the Philly Craft Beer Festival where we’re expecting “well over a thousand people at each session,” says Justin. On March 12 is a tap takeover at The Ugly Mug in Cape May, during which time six CMB beers will be available, including the Coconut IPA dreamed up by Justin himself. March 13th is a Firkin Friday event at AC’s Gordon Ramsey Pub, and one at Grey Lodge Pub in Philadelphia, too, followed by the AC Beer and Music Festival on March 20th and 21st. The day after that, CMB will be at Wildwood’s Bridal Fair, because what bridezilla doesn’t need to chill out with a good beer? 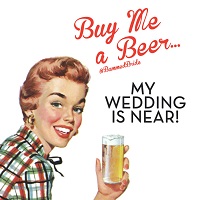 10:45: Graphic design guru Courtney Rosenberg reminds everyone that American Craft Beer Week is May 11-17, and CMB will be offering something special — possibly a home brewing course — so stay tuned. Also the Democratic National Convention is coming to Philadelphia in July of 2016, which may be an opportune time for a politically-charged beer. “Impeachment ale!” offers Justin. “The Pope is also coming to Philly this summer,” adds Brian, prompting Courtney to wonder aloud if a priestly pint would be offensive. Suggestions include: Pious Pale Ale and Infalliable IPA.

10:50: Taproom Manager Jim Zolna and Taproom Coordinator Ashley Sullivan update everyone on goings on at the tasting room, including an upcoming collaboration for Saint Baldrick’s Day, when area students and teachers raise money for childhood cancer research before shaving their heads in a show of solidarity. Last year, the effort generated over $40,000. Watch this space.

10:53: Discussion ensues over new CMB merchandise, including summer-friendly sweatshirts, tee-shirts and — ready for it? — frisbees! Available now for $6, including tax.