Updates From Your Guild

December 7 marked the final Garden State Craft Brewers Guild meeting of the year, held at Forgotten Boardwalk Brewery in Cherry Hill. A record 65 people attended… although only two of them sported holiday-themed outfits. 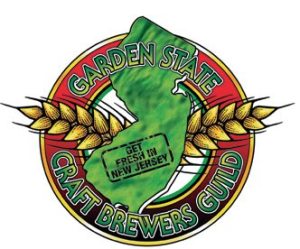 Regardless, the meeting — and the bottle-share shindig that followed — were a success. Here’s what went down:

“I’m stoked!” he said. “Among my goals for 2016 is developing subcommittees: marketing, government affairs and events. There are some very talented people in our guild who want to be involved. I want to give them an outlet.”

Also on Ryan’s agenda: working to reintroduce legislation that’s important for job creation, modernizing and cleaning up the by-laws, increasing allied trade memberhip, hosting a safety conference with fellow guilds and the safety ambassador from the Brewers Association, and getting the ball rolling on two new beer festivals.

A new website was launched, and digital outreach increased via a more streamlined newsletter.

A Best Practices Document was unveiled, to guide new breweries as they navigate the confusing legalese surrounding Jersey tasting rooms.

The Guild hosted two successful beer festivals: Battleship and Brews by the Bay.

An economic impact report was developed, covering everything from the jobs provided by craft beer in New Jersey (9,500) to the number of Springsteen songs that mention beer (five).

The Guild collaborated with the Pennsylvania Brewers Guild for the first annual Mid-Atlantic Brewers Symposium.

Job creation legislation was lobbied for at the state level (more on that below).

“The Assembly was in session on this day,” Eric explained. “We set up in the hall that connects to the caucus rooms, so we were able to interact with all 80 members. The reception was really positive – the legislatures were surprised to learn how many breweries are present within their respective districts, or interested to know how they can get a brewery into their district. I think there is support for this package of bills. Whether or not they go to a vote depends on many factors, including whether there is support for them from legislative leadership.”

Considering there will be 60 breweries and counting in New Jersey come 2016, there was a lot to celebrate.