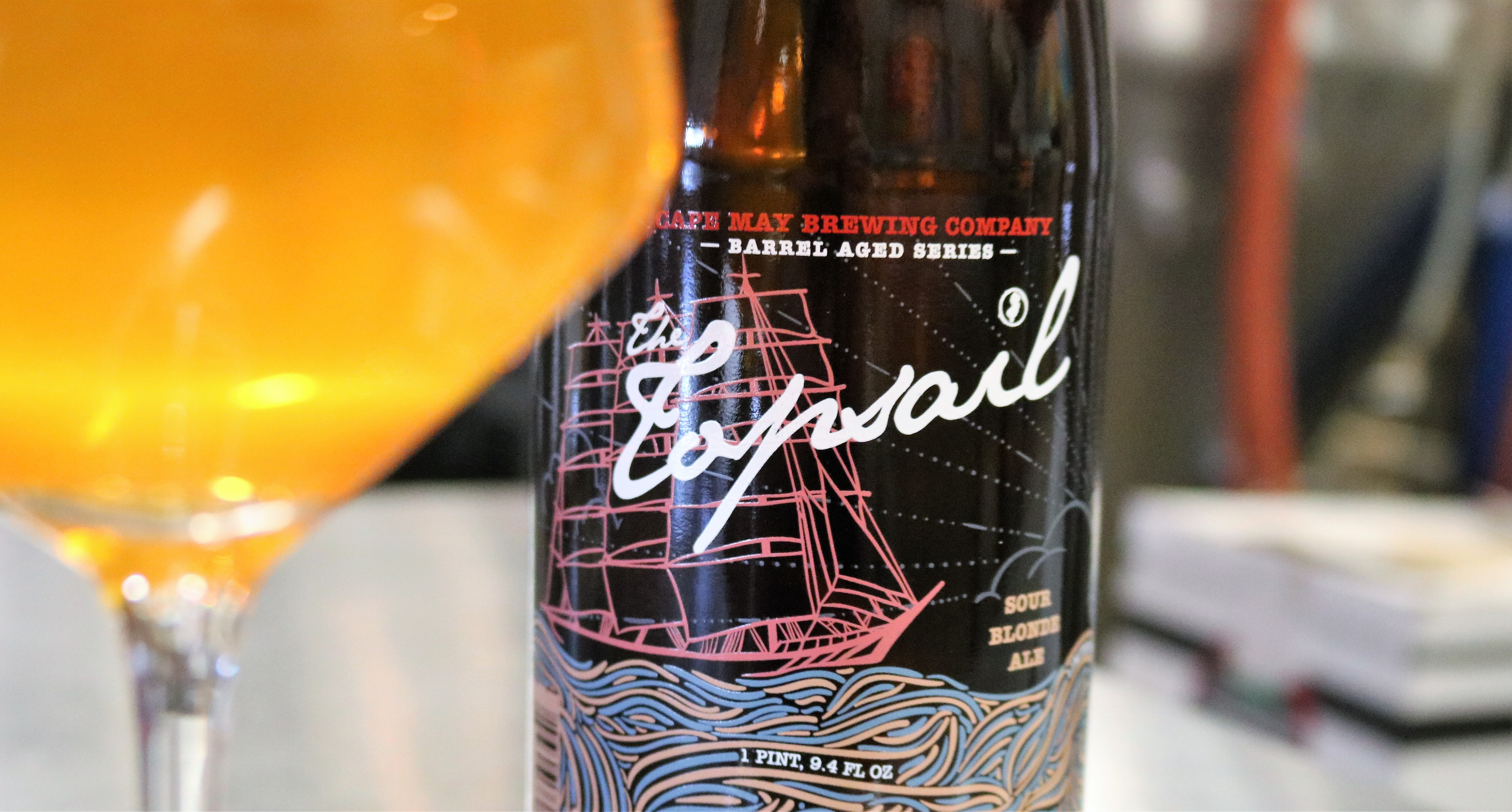 We’ve been at this awhile, now, this barrel-aging thing. You’d almost think we’ve got it down to a science.

However, the cool thing about barrel-aging is that it’s not a science. It’s a lot of guesswork. A lot of trial-and-error. We have a general idea of what’s going to happen when we put a new beer inside of a used barrel, but we can’t be sure. Each barrel is different. Each brew is different. Everything’s always going to react differently. Time has an effect. The weather has an effect.

Luckily, Head Brewer Brian Hink has learned a thing or two on this crazy journey, and The Topsail may very well be his crowning achievement.

This time around, we reused the barrels that housed our first foray into barrel-aging, The Keel. That brew was such a huge success, we were hoping for a little bit of that success to soak into The Topsail. 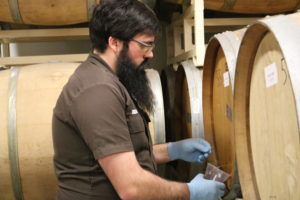 When we emptied those barrels last January, the condition the barrels were in was “nearly perfect,” according to Brian. “I knew we needed to refill the barrels as soon as possible.”

The microbes in those barrels evolved generationally, so subsequent batches in the barrels end up developing more expressive characteristics in less time, simply because of the way the bugs evolve.

When it comes to reusing barrels, their first use removes the vast majority of the original flavor of whatever was previously in them, so The Keel used up quite a bit of the initial red wine flavor that was there, but they really weren’t all that different.

“Wineries use barrels over and over again,” Brian says, “oftentimes up to ten years before they just aren’t giving the wine any more characteristics and have just become a neutral holding vessel.”

When we get wine barrels, they’re rarely freshly-used and “dripping with the essence of wine,” as Brian says. That’s the exact opposite of spirit barrels like we used in Boughs of Barley — the bourbon barrels we used in that brew were relatively new, as they typically only use bourbon barrels once before they sell them to us.

“So, if we just tossed some beer into a wine barrel and let it sit for a few months to get wine flavor,” Brian says, “we’d surely be disappointed at the end result.”

As you probably know, wine is a lot more stable than beer: it’s relatively inert with little to no CO2 stirring things up in the barrels. Because of that, there’s not a lot of pressure forcing the liquid into the wood of the barrels. 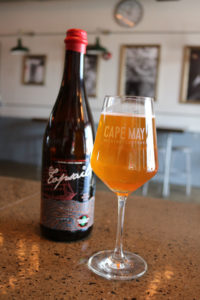 “With sour beer production, there’s a long and gentle secondary fermentation,” Brian says, “pushing the liquid further and further between the staves where we’ll be able to extract some of the wine character. The Keel had a little more activity in the barrel so the beer seeped a little further into the wood, leaving very little behind for The Topsail to gather.”

Despite that, Brian thinks that The Topsail has “significantly more wine-like flavor then the Keel has, but that has much more to do with the biotransformation between the Brett and the estery and phenolic base beer.”

Director of Brewing Operations Jimmy Valm agrees. Even though a lot of that flavor is gone, “The Topsail does have a nice level of oak flavors, and we bottle-conditioned it with a touch of champagne yeast, so there are some vinous notes from that, as well.”

For the base of The Topsail, we took a simple Belgian beer with an expressive yeast strain, very dry and very approachable. After the initial fermentation, there was very little sugar left in this brew for the Brettanomyces to ferment.

“Many of the flavors achieved during the barrel aging are achieved by the Brett metabolizing and converting the yeast esters present from the original fermentation with the Belgian yeast strain into new esters,” Jimmy tells us. “This process is known as biotransformation, making for a brand new beer with a completely new flavor profile.”

“I was really curious to see these bugs playing off of that,” he says.

And this microflora blend is more-or-less what was left in the barrels after The Keel came out of them — we didn’t pitch any new microbes in there when we racked the base beer into the barrels. 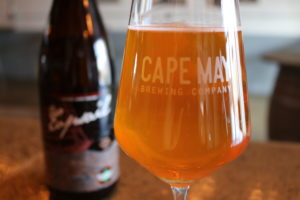 In fact, we’re not entirely sure exactly which microflora were still in the barrels.

“With the mutations and evolutions,” Brian says, “we wouldn’t be able to identify each and every one at this point. If we plated the beers and grew up the individual colonies, we would be able to see what exactly we have going on, but that would just take out the artistry and artisanal nature of this line of beers.”

And a lot of the fun and mystery, too.

Our Barrel Aged series has run through a wide range of styles of sour and wild ales. With The Topsail, we’ve essentially come back to our roots, rediscovering what works and bringing it all together for one nearly-perfect brew.

“I feel like The Keel and The Skeg and The Scupper are like a band’s first album,” Brian says. “A handful of good-to-great songs, but not always a cohesive body of work. By the time the band starts work on the second album they’ve figured out what works and what doesn’t, learned a thing or two from touring, and in general have a handle on how to be a better band.”

At this point, we’ve had a year of the Barrel Aged Series. A year of noodling around on the guitar, finding sweet bass licks, and sizzling new drum fills. Now, the guitar solos are tighter, the drums precise, and the lyrics profound.

“In my opinion, The Topsail paints a fuller picture,” Brian says. “That’s not to say I’m not proud of the beers to come before — quite the contrary, I’m extremely proud of the first couple releases and continue to enjoy and love them to this day — but with The Topsail I think we just released our first chart-topping, number-one hit.

“I could not be more happy with how this turned out,” he says, “and I’m so stoked for it to see the light of day this weekend.”

So are we, Brian.

The Topsail sets sail from The Brewtique at noon on Saturday.