Timeline of The Keel 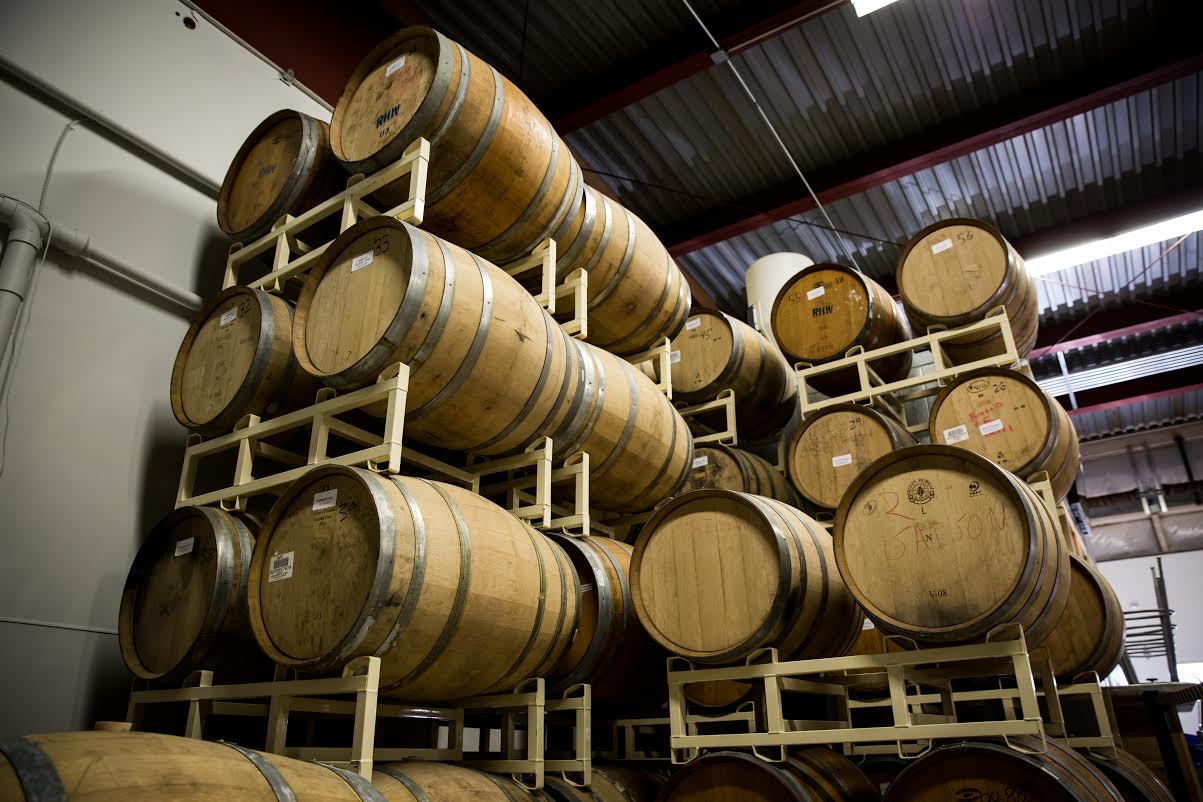 We’re so excited to set sail with our Stow Away Series. Not only because the brews are fantastic, but because we’ve been working on this series for almost three years. That’s a lifetime in the world of craft beer (and pre-schoolers).

Wonder how it all came to be? Head Brewer Brian Hink sets out the timeline for us.

May, 2013 — Sour Beer Visionary Brian Hink begins his tenure at CMBC. “I started bugging Hank about sours. He and Ryan were interested in them, but we didn’t have any excess capacity, and you kind of need that to take the time to brew these beers.”

September, 2013 — Brian starts on the production team and continues being a sour champion.

December 16, 2013 — The pitch of yeast and bacteria that eventually inoculates The Keel — Bug County, a blend of 20 microflora, from East Coast Yeast — is delivered to CMBC. (“From Al Buck,” Brian says. “The guy’s a frikken genius.”)

Early December 2014 — We get some food-grade drums — 220 gallons each — and Brian starts a half-batch of sour.

January, 2014 — We come out with South Jersey Secession Session Scottish Ale, that Brian sees as the perfect base for sour beers. We spiked four drums of SOJO with the sour pitch.

Winter, 2014 — A makeshift “warm room” is set up in the building that is now affectionately referred to as HQ, and the drums are set out there.

Summer, 2014 — CMBC had started to make a name for ourselves in sours with the release of Tower 23.

September, 2104 — Turtle Gut, a kettle sour with a secondary fermentation with brettanomyces, is released – starting our journey down the road of mixed fermentations.

November, 2014 — HQ is finished: the floor is complete, barrels and tanks were coming in. (Excess capacity unlocked!)

March, 2015 — Took a 15-barrel batch of SOJO and used one of the original four drums of sour as an inoculant. Each of the four drums will eventually become part of a blend in the series. 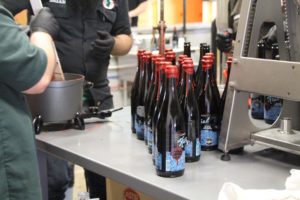 May, 2015 — The blends are deposited into 58 French oak red wine barrels, eight of which become The Keel.

January, 2016 — Eight of the barrels are “good to go”. We pulled them and put them into a blending tank, “and it was spot on. It was great.” Brian pulled a bit out of them and did some small refermentation experiments and yeast trials.

February, 2016 — Discussion on packaging begins, and Ryan falls in love with screenprinted bottles. We decide to “do it right.”

May 26, 2016 — The first check on the beer’s bottle fermentation is done. “You never know on the back end of it, one, did the yeast take off? There’s no nutrients in there, so the yeast are really in a harsh environment. It’s a really stressful environment for them, so in that stressful environment, are they going to kick off a lot of off-flavors?” (Hint: they didn’t.)

June 13, 2016 — An organizational meeting takes place at CMBC, coordinating production and marketing, to decide on a release date.

June 25, 2016, 11am — You get your first chance to purchase up to three gorgeous bottles of this long-awaited brew at The Brewtique at Cape May Brewing Company.

June 25, 2018 — Your last chance to return to CMBC and let us know what this brew tasted like after cellaring it.

“The Stow Away Series has kinda become my baby – from originally bugging Chris about making them, to pushing for barrels, to doing all the research into barrel care and then finally the blending of barrels to create The Keel,” says Brian. “As Head Brewer, I couldn’t be happier with the end result.”

We’re confident that all of your hard work has paid off, Bri. Can’t wait to try it!