Thoughts On The Expansion Completion

This Friday marks the ribbon cutting for the CMBC’s new location — 409 Breakwater — which means we’ll be all set up and ready to go with our new brewery in two days time. Here’s what some members of our team had to say about the milestone three-and-a-half years in the making:

Ryan Krill – CMBC President: “It’s easy to romanticize opening a brewery, but holy hell, it’s hard to make it happen. No one tells you if you’re making a mistake, either, so yea – there’s a lot of anxiety. But it’s exciting, too. We used to fantasize about this event back when the brewery was just a concept. We wondered what it would be like to have people caring about us and our expansion moves. Now that it’s come to fruition, we fantasize about taking it to the next level.”

Chris “Hank” Henke – Chief Operating Officer: “The opening feels like it’s been a long time coming. When you’re in the thick of it — installing the boiler, the glycol system, the steam lines and everything else — it feels like it’s dragging. You’re cursing and busting knuckles. But now, it’s bittersweet. When it’s done, and there’s nothing left to work on, you miss it. What do you do when it’s all done? I guess you start looking to build the next thing…”

Brian Hink – Lead Brewer: “I remember when Ryan first showed me the new building. It was creepy as hell, full of wooden tables that looked like they belonged in a 1980s pizza joint, and there were these low-hanging, flickering lights. There wasn’t even a key to get inside; we had to pick the lock with a knife. Ryan said we’d be brewing here within two years, and I thought to myself ‘Get the fuck out.’ Most people say they’re going to do something and maybe it happens. But Ryan operates on a different timeline. He’s a doer, and there’s never a dull moment.”

Bob Krill – Chief Mopman: To me, it was pretty quick to go from a 12-gallon can for making beer to what you see today. If you think about it from that perspective… in three-and-a-half years we’ve gone from a 12-gallon system to the monster we have now. It’s a game-changer, pretty phenomenal. Chris and Ryan deserve a lot of credit, as well as the whole conglameration of people from the Delaware River and Bay Authority — it took a lot of people juggling a lot of different balls to make this happen. So really, it’s amazing how fast it all happened. We’re witnessing the birth of a brewery. Up until this point, we’ve been micro, micro… and now we have this beast that’s going to produce a river of beer. It’s so exciting to to be a part of.  I feel like I’m freefalling, parachuting or something. Every second, I’m just enjoying the ride. 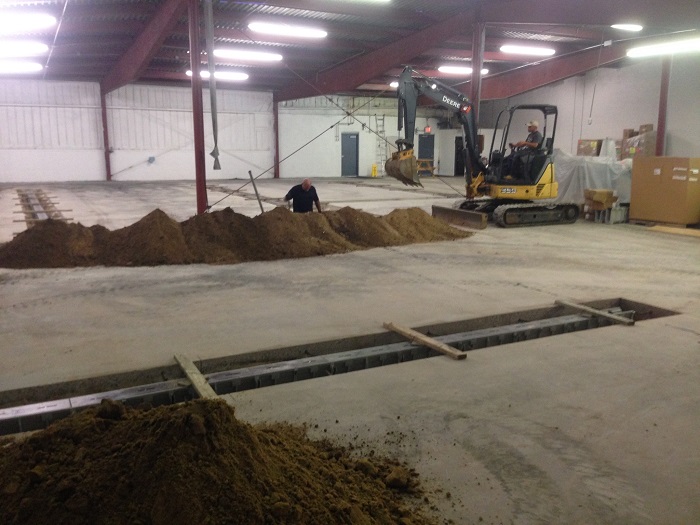