The Official Blog of Cape May Brewing Company
Brewery Blog

It’s been aging for a solid two months, but our Turtle Gut American sour is finally done with its secondary fermentation — thanks to the rogue yeast strain we wrote about here — and it’s ready for tapping. This earthy, funky, malty-sweet wild ale will be available beginning Thursday, September 24.

In the meantime — given the intellectually curious beer fan you are — you’re going to want to know how we came up with the name Turtle Gut. Truth is, we didn’t. We reappropriated it.

Turtle Gut is the name of a former inlet in present-day Wildwood Crest, where the county’s only Revolutionary War battle was fought. The 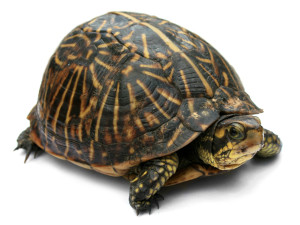 year was 1776, and the Brits were blocking the Continental Army access to the Delaware Bay. This was a problem for colonial merchant ships trying to deliver much-needed supplies to the oh-so-important port of Philadelphia.

Many tried sneaking past the Red Coats, but to no avail. Often, thwarted captains were forced to retreat to the clandestine marshes of Cape May County, where they might regroup. Finally, a guy named Robert Morris decided he’d had enough. He chartered a brig called Nancy, intent on steering her straight to the City of Brotherly Love. He stocked her with ammunition (and rum because, well, war is hard), and on he went.

This was  a courageous move — Nancy was a relatively tiny ship with only six cannons on board — and it didn’t take long to see just how courageous. On June 28, Nancy was spotted by the HMS Kingfisher, one of the blockade’s leading ships. The captain, who carried 16 cannons on board, began chasing Nancy, and his sister ship HMS Orpheus (32 cannons!) followed for backup.

Nancy’s crew knew they were in trouble, so they called for help via flag signals from three other colonial ships: Lexington, Wasp and Reprisal. Each sent soldiers who, we’re sure, struck fear into the hearts of the British whey they showed up to battle in… rowboats.

In the wee hours of the next (very foggy) morning, Nancy slipped into Turtle Gut and purposefully ran aground. Because her British pursuers were manning much bigger ships, they couldn’t traverse the shallow water of the inlet, so they opened fire from afar. For most of the day, the Americans unloaded cargo, getting it safely to shore with the help of Cape May County locals, and they watched their ship take barrage after barrage.

Finally, the men left a beaten Nancy behind, intent on making it to shore alive themselves. John Barry, the captain of Lexington, ordered the remaining gunpowder be wrapped in Nancy‘s sail and exploded on deck with a long fuse. One especially dedicated man stayed behind to climb the mast and take down the American flag. When enemy ships saw what was happening, they assumed surrender was underway, so they began to climb on board. Unfortunately for them, that’s right about the time this long fuse ran out.

The blockade broke up shortly thereafter, and John Barry went on to be known as “father of the American Navy.” Today, a memorial in Wildwood Crest — and a tasty, sour beer — are what commemorates the battle.