The Official Blog of Cape May Brewing Company
“It's a beautiful beer to lay down for a nice long slumber.”
Beer School

Sometimes, things don’t turn out quite as planned. Sometimes they turn out better.

Take, for example, this week’s release of Bourbon Barrel Aged Sawyer’s Swap: this isn’t quite what we were planning when we brewed this beer, but we don’t think anyone’s going to turn their noses up to a bourbon barrel-aged barleywine.

Can you hear that? Off…. In the distance….

It heralds an arrival.

You see, our long, national nightmare is finally over.

Sawyer’s Swap, our American Barleywine, is back.

There’s a lot to say about this American style barleywine, which is making a big, splashy return this week. Let’s get to it:

Here’s a cool bit of news. On July 4, our fourth anniversary, we found out that our Sawyer’s Swap barleywine ale took home a silver medal from the US Open Beer Championship, based in Ohio, in the aged beer category. Professional brewers and award-winning homebrewers from around the world entered nearly 4,000 beers to be judged by experts from England, Canada and the US.

“It’s amazing what brewers will do to enter the US Open,” said Director Dow Scoggins in a press release. “In the past, they have personally delivered their craft beers from Columbia and Brazil. This year, Joshua Deitner from Shanghai Brewery in China traveled 7,263 miles to deliver his beers in person.” (He also earned a silver, which… thank God.)

Also this week, we got a cool shout-out in SJ magazine’s Best of the Shore food edition.

Reads the write-up: “For a sip of something truly local, hit Cape May Brewing Company’s tasting room for a Honey Porter, the first beer to get the designation ‘Jersey Fresh,’ thanks to its locally-sourced honey. This brew is the bee’s knees.” 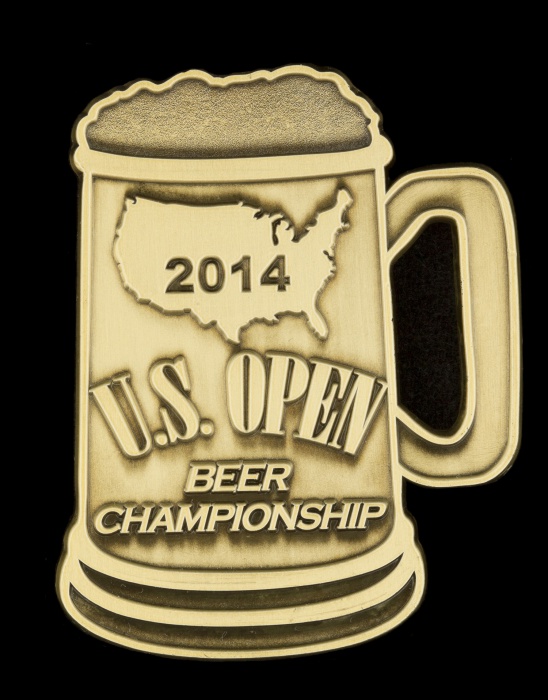