The Official Blog of Cape May Brewing Company
"With us and DC Brau there, it should be a fun night."
Beer Industry, Fun & Random

You know how sometimes you over-schedule yourself? You’ll have brunch with friends, then a barbecue at your aunt’s, then dinner with your step-mom, and then drinks with an old friend from high school?

That’s kinda how our week in DC is shaping up.

This past weekend was a whirlwind in our nation’s capital!

We debuted Rosé du Gose and L’Attitude in DC this weekend, and we poured Coastal Evacuation and Phantom Crew at SAVOR.

The crowd at SAVOR was really diggin’ Phantom Crew. A fellow brewery owner mentioned that it was the best Flanders-style Red that he’s ever tasted and he kept sending people to our booth to check it out.

We had a blast at Bar Deco, and we ran into a number of our fans at Boundary Stone. It was great — and just a little surreal — to see so many people in DC wearing our swag.

You can tell we had a great time. Check out the pictures below!

Next weekend is a big weekend in DC!

Not only will we be releasing Rosé du Gose and L’Attitude, but it’s the weekend of SAVOR — one of the swankiest beer festivals in the country, and Ryan will be taking part in the Brewers Association’s annual Hill Climb.

So, while Ryan is busy working on behalf of New Jersey’s breweries, talking with our legislators and imploring them to support legislation to help us out — like… killing that tariff on steel so our keg prices don’t go through the roof — the rest of the Brew Crew will be livin’ it up federal government-style in DC!

Last weekend, a few members of the Brew Crew — our Director of Brewing Operations Jimmy Valm, Brewer Andrew Ewing, Sales Manager Richie Rallo, and Assistant Tasting Room Manager Dan Petela — headed to DC for one of the best beer festivals in the country. Not only because it takes place in one of the most beautiful venues in the world, but also because all of the beers are carefully paired with small plates of food.

Read More
Not only do you get to sample 172 brews from 86 breweries from across the country, but each one is paired with delectable foods by the Brewers Association Head Chef, Adam Dulye.
Beer Industry, Brew Crew, Fun & Random

Beer festivals are always a good time. Like… a seriously good time.

But… let’s face it, “classy” is not exactly the first adjective that springs to mind when you’re talking about beer festivals.

Unless you’re talking about the Brewers Association’s SAVOR. 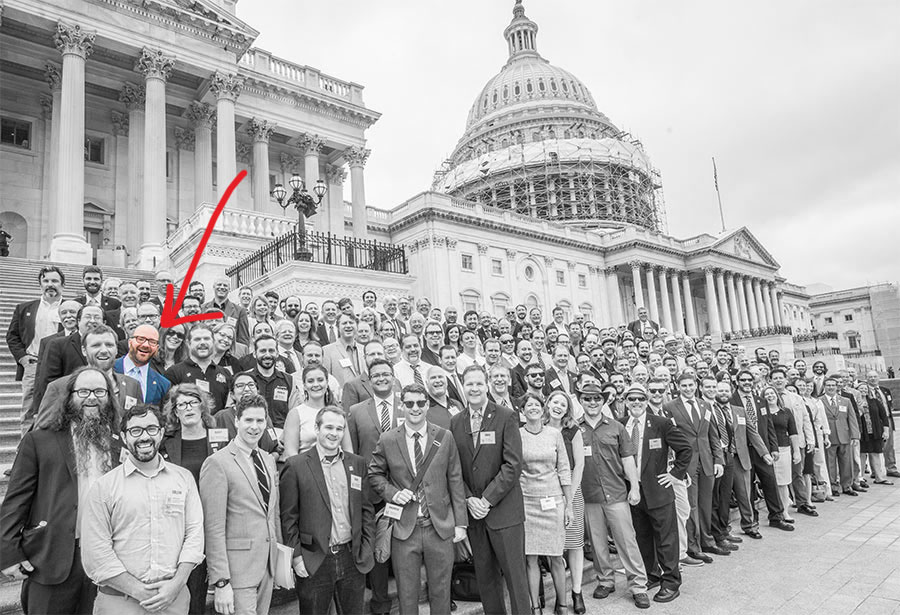 Last week was a busy week at CMBC — at least off-site. Between Philly Beer Week, SAVOR DC, and the Guild’s Hill Climb, we were really all over the place. We’ve got the top five goings-on in DC for you below.

Man, was this a blast! SAVOR DC was all about food and beer — and, let’s face it, those two things pretty much make the world go ’round. Brewers Association Executive Chef Adam Dulye paired each of the 75 participating breweries’ brews with a special concoction — pairing Shrimp and Grits with Coastal Evacuation and a Nordic dish of sardines, buttered radishes, rye, hardboiled egg, and chives with Devil’s Reach. “There were so many small bites and they were all so decadent,” says Ryan. “It’s hard to say one was the best.” 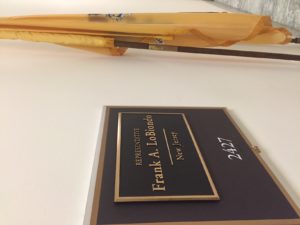 2. RYAN BENDS THE EAR OF SOME HEAVY-HITTERS

While in DC for the Hill Climb, Ryan got to talk to some of the heavy-hitters in the brewing industry, including Sam Calagione from Dogfish Head, Rob Todd of Alagash, and Jim Koch of Sam Adams. “It was great!”

Wearing his “Guild Hat” as the president of the Garden State Craft Brewers Guild, Ryan had the chance to trot up Capitol Hill to talk to some of our legislators about the Craft Brewer’s Modernization Act.  “It was a great chance to tell our success story.”

The bill has 11 co-sponsors in New Jersey and 222 co-sponsors nationwide, but Ryan took the chance to change a few more minds. Ryan had eight meetings with Congressmen and Senators and dropped in on six more.  “I was exhausted but I wanted to make sure I got to EVERY office.”

We put together an Economic Impact Report for Ryan to share with the New Jersey delegation. Each factsheet had general information on the front with specialized information for each district on the back. “It was a smash hit and really popular at the national guilds gathering meeting afterwards.”

“There’s a mini train that goes between the Capitol building and the Senate and Congressional offices. SO COOL!” He’s trying to hitch a ride, but it may just have to wait until he’s elected to Congress.

CMBC is all up in DC’s business this week. Two great events on tap: SAVOR DC and the annual Brewers Association Hill Climb.

Beer and food. That’s what SAVOR DC is all about. As craft beer continues to grow in popularity, we’ve steadily been making headway in the culinary world as legitimate fine dining fare. On June 3rd and 4th, SAVOR DC brings together 76 small and independent craft breweries from 28 states and Washington DC, pairing their most delectable brews with enticing dishes curated by Chef Adam Dulye, Brewers Association executive chef.

CMBC is bringing along Coastal Evacuation and Devil’s Reach. Chef Dulye has paired Shrimp and Grits with Coastal Evacuation. “A little bit of heat added to the grits allows the hops to shine, while the crisp outer shell of the bite pulls the malt forward to balance the hops,” he says.

Devil’s Reach is being paired with sardines, buttered radishes, rye, hard boiled egg, and chives. “Classic Nordic flavors of umami, salt and grain work together to showcase what a Belgian yeast strain can do on the palate.”

SAVOR also provides attendees with opportunities to broaden their knowledge in tasting Salons — eighteen educational experiences throughout the weekend. With such titles as “Advanced Beer and Cheese Pairings” and “Beer as Dessert” (there needs to be a class on that?!?), each Salon is lead by two collaborating breweries sharing their brews, so not only will you get some valuable information for your next pairing party, but you’ll be able to meet some of the rock stars of the brewing world in the process.

Tickets are on sale now. Get down to DC this weekend and get some good eats and better brews.

The day before SAVOR DC is the Brewers Association annual Hill Climb. Which hill are they climbing, you ask? Well, there’s only one hill in DC that matters: Capitol Hill. It’s a pretty easy climb, but getting to the top can take some hard work.

“The annual Hill Climb is our chance to sit down with elected officials to discuss what’s going on in the industry,” Ryan says. “And what’s on everyone’s mind right now is the Craft Beverage Modernization and Tax Reform Act. This important legislation will effectively halve most breweries’ excise liability.”

Ryan will get a chance to meet with some of his counterparts from across the country and devise a game plan. The trick, he says, will be convincing House and Senate members who aren’t already co-sponsors of the bill or members of their respective Small Brewers Caucuses to add their support to the act.

We’re pulling for you, Ryan! Check back next week to see how the day went.

Good news from our HQ…

This June, the Brewers Association will host their ninth-annual SAVOR: An American Craft Beer and Food Experience. For the record 350 craft breweries across the country who wanted in, a lottery was held, and CMBC was one of 60 selected to attend the major event.

One – Over the course of two nights, in the National Building Museum in Washington DC, we’ll taste from a menu designed to pair with the finest offerings of at least 70 independent breweries, including our own. Not only is this a mouth-watering good time, it underscores the beauty (and science!) behind beer at the dinner table. Move over, Pinot Noir.

Two— The event also reinforces the largely untapped affinity between brewers and cooks, which we’ve been drawing on over the course of the last year with sponsorship of beer pairing dinners (see here and here), and the hiring of our own CIA-trained chef.

Three – All products at SAVOR are sourced locally, and sustainability turns us on.

Four – It’s a great chance to mingle with luminaries in our industry.

Five – And finally, we’re excited for SAVOR because everything we glean about the food/beer continuum will benefit you, the CMBC fan.

Watch this space for updates.