The Official Blog of Cape May Brewing Company
Brew Crew

Welcome aboard, Maddison and Devin!

If you’ve been to the Brewtique lately, you may have noticed a few new smiling faces. Maddison and Devin started last week, so we caught up with them to find out everything you need to know. 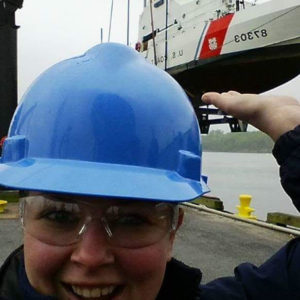 Devin grew up in Cape May Court House before entering the Coast Guard after high school at Cape May County Tech because “it was something to do.”

She spent eight years as a Coastie, because “around Cape May County the job market wasn’t that great year ‘round.” Her only opportunities after high school were supermarkets and Wawa, “but I didn’t really want to do that. I kinda wanted to get out and see the world.”

So she did. She had some pretty crazy adventures as a Coastie, including a search and rescue call 90 miles offshore. To put that in perspective, that’s about the distance from Miami to Cuba.

There was a vessel taking on water, “and it was intense. Our ship’s small — it’s only 87-feet — so it took some pretty big waves and we didn’t get a lot of sleep. But it was a good experience and a pretty big adventure. And we got to save these people and tow them back in. They didn’t get lost at sea. It was a good feeling.” 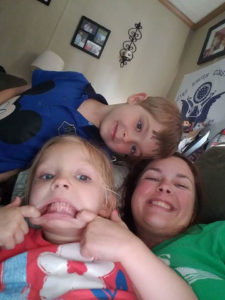 Devin met her husband, Chris, a former Marine, while she was in the Coast Guard six years ago. A mutual friend introduced them, “and he kinda like stalked me until I said yes.” They now have two beautiful children, aged three and six.

“My last day in the Coast Guard was actually this past Monday.”

Devin saw the opening in the Brewtique, and it looked like fun.

“My husband and I frequently go here, so, why not? I’m very glad I applied. So far, everyone’s been very welcoming and really fun.”

With two small children, Devin doesn’t have much time for activities, as you might imagine, but in her pre-parental days, she enjoyed reading and puzzles, riding her bike and hitting the beach. She loves Higbee Beach because it’s usually pretty empty, “and there’s a nice little nature trail that you can walk down to get to the beach.” 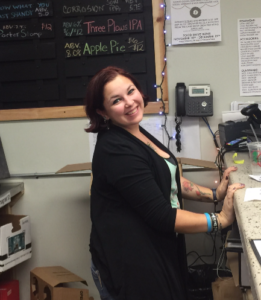 She’s really into movies. She studied a lot of TV and Video Production at Cape May Tech, so she enjoys the technical side of film.

If pressed, Devin will tell you how much she loves the original Beauty and the Beast — we can’t blame her. To date, it’s the only animated film nominated for an Academy Award for Best Picture. “I have a tattoo of the rose on my arm and I was Belle at the Halloween party.”

We don’t take it that far, though, Devin.

Since coming aboard, Devin’s found new favorites at the brewery. Her current favorites are Honey Porter — “it has a bit of a sweet tooth to it, but it’s not overpowering, and it goes down smooth, especially when it’s on Nitro. It’s really good.” — and Apple Bomb — “it’s sweet, but not too sweet. It still tastes like beer.” 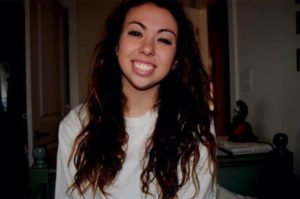 Born and raised in Wildwood Crest, Maddison also went to Cape May Tech. Since then, she’s worked mostly in the restaurant business as a waitress, and still works at The Wharf in Wildwood.

But she’s been looking to change things up a bit.

“Ever since the brewery opened, my family has always been in and out, bringing growlers to holiday parties, always going there at nights, having fun,” she says. “There’s just a good energy that this place has. Very well-known, good things come out of here all the time. It’s just a very happy place.”

Maddison is an avid surfer, and has traveled the world in search of the perfect wave. Florida, Costa Rica, Belize, Nicaragua, all throughout Central America, “I’m actually going back down to Costa Rica in March.”

(Can we stow away in your suitcase, Maddison?)

She usually heads down with her friend Hailey, and a few people from one of her previous jobs. In addition to surfing, Maddison likes to experience the local flavor when she goes down to visit. “I like to see how other people live in different countries. I do a lot of the local stuff, hit a lot of the local places.”

No breweries down there, but she loves the restaurants and stores, and picking up a lot of handmade art and crafts. 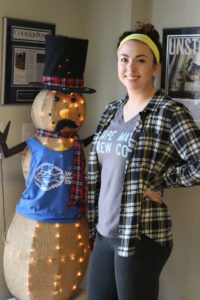 Maddison usually leaves her two cats, Zoe and Biggie Smalls, at home, though. Poor guys — bad enough he has to go through life named Biggie Smalls, but then he doesn’t even get to go to Costa Rica.

In addition to surfing, Maddison is into fitness. “I love working out and fitness in general. I go to the gym a lot!” She’s been working with her personal trainer, Drew Heisler, for four years at Heisler Training in Clermont.

“Cape May is a very unique town,” she says. “Everyone’s very nice. I feel like we’re all similar, in a way. The way we live is very small, we all know each other, we all grew up with each other. We’re all interested in a lot of the same things.”

She’s a big fan of hitting the town in Cape May. “I like to have fun,” she says. She and her friends like to hit The Ugly Mug, Finn’s, Carney’s — good thing they all serve CMBC brews.

Maddison’s a big fan of I Know What You Did Last Shandy. “It’s not very heavy. That’s what I usually gravitate toward.”

Welcome aboard, ladies! We’re glad to have you.

Stop down to the Brewtique and say hi to Devin and Maddison. They’d love to see you!