The List: What In-the-Know Drinkers Will Be Talking About This Weekend

1. David has taken on Goliath. Founder of Dogfish Head brewery Sam Calagione was interviewed by Men’s Journal this week, and the craft beer ambassador had some harsh words for A-B InBev, parent company to Budweiser, and its practice of buying up craft breweries in an attempt to monopolize the market. “The more they spite us for trying beer outside of the light lager juggernaut,” he said, “the more we’re going to stand for something very separate from what they’re about.”

2. Honey can now be tapped from a hive like beer, thanks to a gadget set for reveal this month. Beekeepers agree: It’s the best thing to happen to the sweet stuff since the release of CMBC’s Jersey Fresh Honey Porter. 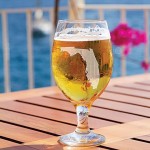 3. A “free the growler” campaign is making headway in Florida, where lawmakers are considering a bill that would allow patrons to purchase the 64-ounce jugs currently banned in the Sunshine State. Big beer is reeling… and doing everything in its power to stop the change. But Florida’s 90-plus craft breweries are fighting the good fight.

4. Remember when traditional, homemade beer in Mozambique was poisoned with crocodile bile during a funeral last month, leading to 72 deaths and 200 hospitalizations? Officials have finally made an arrest. Meanwhile, the tainted drink has been sent to the US for testing, and Mozambique villagers are saying “In a while, crocodile” to homemade brew.

5. Red Bull is crying “trademark infringement!” because the name of a tiny Virginia-based startup — Old Ox Brewery — channels a different bovine. Seriously. An excerpt from the letter brewery president Chris Burns sent to the energy drink company reads as follows: “We can only interpret your actions as one thing—bullying. You are a big 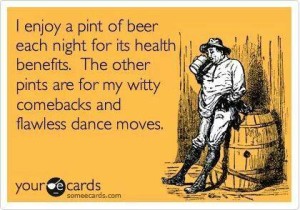 Red Bully. Just like that mean kid from grade school pushing everyone down on the playground and giving us post-gym class wedgies. You are giving us one hell of a corporate wedgie.” We’ll agree – this is “bull”shit.

6. Beer increases life expectancy, decreases cancer risk, and generally saves the world, according to The Times of India.

7. Beer may be getting cheaper, thanks to continued support for the Small BREW Act currently before Congress; it now has 25 Senate sponsors from both parties, reports Reuters. The bill would provide some tax relief for small brewers — good news considering those taxes dictate more than forty percent of a beer’s cost.

8. President Barack Obama was in Chicago this week, where he designated a National Park… and ordered four cases of craft beer.

9. This Sunday is the Oscars! Stop by our tasting room any day between noon and 8pm, fill up your growler (that’s still legal here, unlike in Florida), and play this Oscars drinking game from the LA Times.