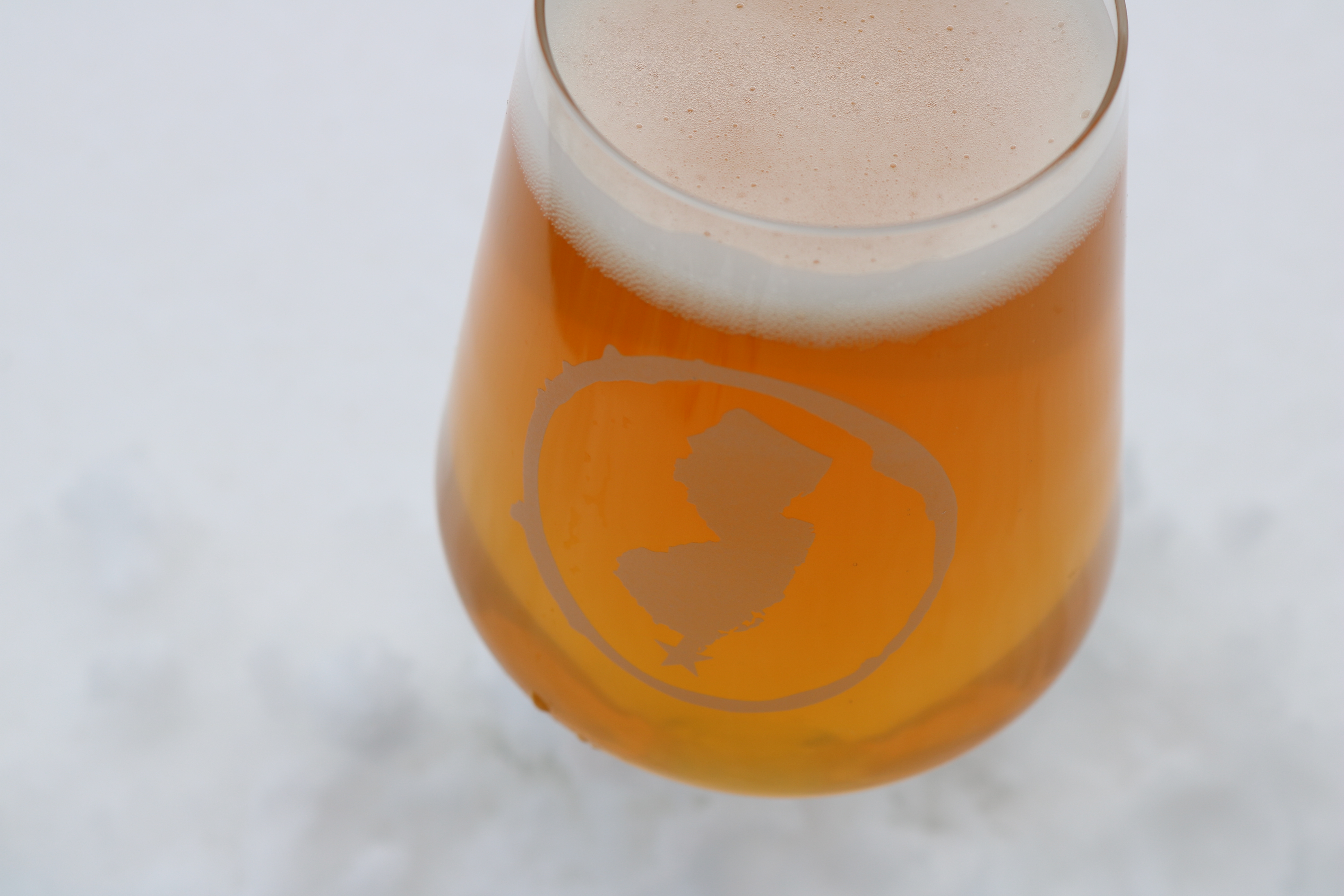 If you’ve never been to a CMBC office party, you haven’t lived. You can get some idea of how they go down by simply stopping by the Tasting Room on a typical afternoon after we’ve all gathered for our shifties, but the great thing about our parties is that our avid brewing staff may surprise us with an unexpected new brew.

Luckily, there’s one this weekend. (Btw: the Tasting Room will be closing at 6pm on Saturday so we can celebrate.)

But don’t let FOMO set in. Sometimes those unexpected brews end up on our tap list.

Such is the case with Erosion: new for you guys, but “old hat” for those of us who have been around long enough.

Head Brewer Brian Hink conceived of this brew back in the summer of 2014. Our first sour brew — Tower 23 — was met with great success and acclaim, and Brian wanted to ride that wave a little longer.

“Hank and I really wanted to see what else we could do with kettle souring,” he tells us.

A kettle-soured brew is just what it sounds like: a beer that’s soured in the controlled environment of the boil kettle with optimal heat and conditions, rather than in the fermenter or in a barrel. It gives us a little more control over the process: we can kill off the souring bacteria when the desired pH is achieved, usually after 18-36 hours. 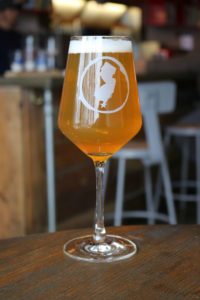 They began by scrutinizing the flavor profiles of styles like Oude Bruins, Lambics, and Gueuzes. These brews are wildly complex with a distinctive malt backbone and firm lactic acid presence, the profile eventually giving way to a layer of funk and rustic notes.

“We figured if we kettle-soured a beer to get the up-front sourness,” Brian tells us, “we could then funk it up and have a mildly-complex beer in a couple of months, rather than years like traditional sour beers usually take.”

After finally convincing Hank to allow him to turn one of our 15-barrel fermenters into a dedicated Brett tank, we had a little more leeway in playing around with mixed fermentations.

“We set out to brew a kettle-soured, blondish-colored beer with a rich malt character closely aligned to a Saison and fermented entirely with Brettanomyces,” he says, “in the hopes that the resulting beer would be nicely tart with great complexity and a rustic, earthy presence thanks to the Brett.”

Things didn’t exactly work out that way. It was only our second time doing a kettle sour, and it didn’t go nearly as well as Tower 23 did.

“We were left with a throat-stripping, too harshly-soured wort that even the Brett had a hard time fermenting.”

After a month, the beer was okay, “but not anything to write home about.” The extreme levels of sour was distracting and unappealing. We pulled some out for extended aging, but the experiment had run its course.

“After figuring out what we’d done wrong, we cut our loses and moved onto a new project that became Turtle Gut,” he tells us. “I wanted to see what our house Saison strain would do with this harshly sour beer, so I filled a glass carboy with the beer before draining the fermenter and pitched a healthy dose of our Saison yeast.”

Two months later, and it was looking like it was going to be a success. However, with such a small amount of beer, it wasn’t something we could release in the Tasting Room.

“Without telling anyone, I filled a firkin and served it at our staff holiday party,” Brian says. “It was so well-received that I knew I had to try again one day at making a full-sized batch.”

Luckily for you — and for those of us who weren’t around during that party — that day came a few months ago. 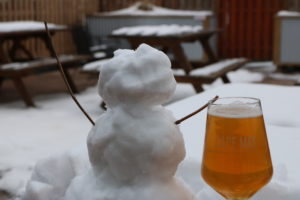 Kettle-soured and fermented entirely with our favorite blend of Bretts from East Coast Yeast, Erosion hits your palate with some sharp acidity and notes of over-ripened exotic fruits before giving way to the complexity of the Vienna, Munich, and Pilsner malts in the grain bill. With a subtle, earthy mouthfeel, Erosion is wildly complex yet eminently approachable.

Director of Brewing Operations Jimmy Valm loves how the Brett and sour notes play off each other. “When you ferment with Brett the way this beer is — that is as a primary fermentation — it releases some very unique fruity flavors as opposed to being so heavy on the funk,” he says. “These notes of tangerine and mango, with a touch of rustic funk, play very well with the tart sour notes.”

“I love how the sour hits you up front before giving way to an over-ripened, exotic fruity profile,” Brian tells us. “You get some pineapple, some mango, some apricots, and a hint of cherry, yet in the background there’s this firm and rich biscuity, bready malt backbone keeping it all honest.”

Erosion isn’t abrasively tart like biting into a lemon or grapefruit, but the acidity is enough to remind you that you’re drinking a sour beer. Even though it’s fermented entirely with Brettanomyces, you don’t get many of the rustic flavors, but instead are left with more complimentary fruity undertones and just a touch of Brett on the nose.

Brian plans to take some home for a dinner of pan-seared salmon and sticky rice with garlic butter sauce. “I like to marinate the salmon in soy and sesame oil prior pan searing it,” he says, “so you get that great umami character of the soy and toasted nut quality from the sesame oil. It’ll really accentuate the Brett’s subtle, earthy character, and the low pH of the beer with really add some brightness to the salmon — almost replacing the touch of lemon you’d normally sprinkle on the fish.”

Let us know when we should stop by, Brian.

In the meantime, Erosion will be on tap on Friday at noon. Be sure to grab a pint or a growler — judging from Brian’s previous successes in the sour beer foray, this one won’t be around long.