The Official Blog of Cape May Brewing Company
“Brett is one of those fun yeasts where you can do the same thing and it can come out differently each time.”
Beer School, Brewery Blog

Crusty Barnacle has been a staple for the last several years, and it’s a favorite of many of our Brew Crew members and regulars.

Guest Guru Mary Braccili is a fan, and Operations Manager at Cape Beverage Craig Tropp also enjoys the funk of this brew.

The brew has grown substantially from its humble roots as a Tasting Room team brew, and we’ve covered it at length on the blog before.

This year, we caught up again with Mark Graves. When we spoke with him in 2018 about this brew, Mark was a brewer, and he’s since worked his way up to become our Packaging Manager!

He spoke with us about why this brew is so special, and what it offers that’s distinctly different from many of our usual brews.

Read More
“One of the best I've had from Cape May. Funky light aroma, hoppy, fruitful flavor, and a dry finish.”
Beer School

We’ve been brewing Crusty Barnacle since 2013, and it’s been a huge hit with both fans and the Brew Crew alike.

Originally brewed by the Tasting Room as a team beer, Crusty Barnacle is an American Pale Ale fermented entirely with Brettanomyces lambicus, and it will make you rethink everything you thought you knew about our good friend Brett.

Since it’s the only fermenting yeast, it gives off more fruit than funk, more juice than barnyard. You’ll get notes of cherry pie, pineapple, apricots, and some floral characteristics. Because of that, we use Amarillo, Centennial, and Citra hops — all primarily citrusy in nature — to bring out more of those fruit-forward flavors.

Read what our devoted fans had to say about Crusty Barnacle!

In the yesteryear of CMBC, when we had about five employees, Ryan said, “Hey! Let’s let our brilliant and knowledgeable employees design a beer!”

And it was so.

That series inspired some of your favorite beers today: Snag and Drop, Biscuits and Honey, and Foreshore Shandy, to name a few.

Then, in 2015, Ryan said, “Hey! We’ve got waaaaaay too many employees to do an Employee Series, so let’s break into teams and design a new beer!”

And it was so.

The Tasting Room, with its multitude of homebrewers, was the first team tapped, and they knocked it out of the park with an American Pale Ale entirely fermented with Brett yeast. It was so good, we’ve come back to it time and again, and it will make you re-think everything you’ve ever known about Brett: Crusty Barnacle. 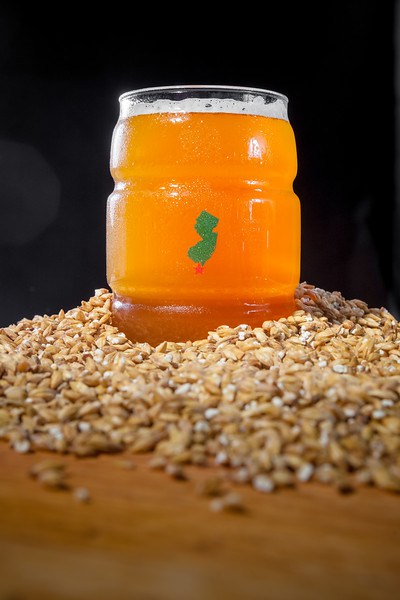 Remember our employee series, whereby one employee at a time conceived of a new beer for our tasting room repertoire? It led to such inspired recipes as Andrew’s Snag and Drop and Jim’s Triple Wreck.

Now, the employee series is back. Only this time around, we’re changing things up. Rather than leave each staff member up to his or her own devices, we’re having our individual teams, well, work in teams. First up, the tasting room crew with their Crusty Barnacle Pale Ale, the brainchild of Dan Petela and Jim Zolna.

“Everyone worked on ideas for two weeks and had a vote to choose the beer,” says Operations Manager Ashley Sundstrom. “They took part in a ‘brew day,’ which is a full, in-depth educational day to better understand the brewing process in order to provide our customers with a better experience while taking tours in our Tasting Room. The staff spent eight hours with Brian, learning everything there is to know about brewing beer.”

Their 6.3% pale ale is made with oats, which lend greater head retention and a creamier mouthfeel. These things go a long way toward creating a “pillowy, fluffy” beer, Brian says, even despite a low gravity. And a Brettanomyces yeast strain adds some exotic tropical notes of papaya and pineapple.

We’ve got a sweetspot for Crusty Barnacle, also, because it was the last beer brewed in our 15-barrel brew system, which is being decommissioned for sale in December, so that we can turn its space into our sour-only brewery.

Try it out for yourself — on tap beginning November 20. 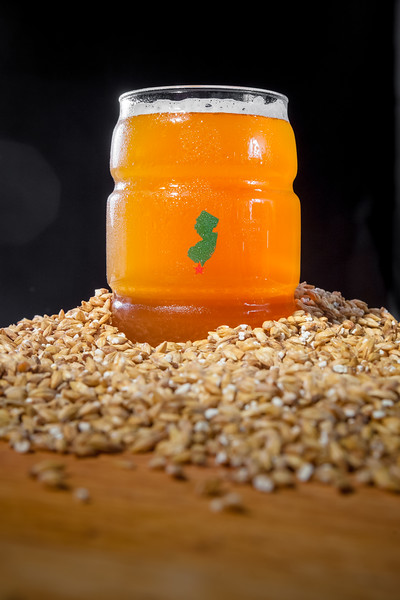