The Official Blog of Cape May Brewing Company
“Hoppy, nice mouthfeel, brilliant aroma, but it's also quite different because there's hardly a trace of bitterness and it's pretty damn sour, too.”
Beer School

Make It Better: it’s one of our Core Values, and how we approach a lot of things at Cape May Brewing Company. From improving our beers to finding ways to improve functionalities in the office, we’re always looking for ways to Make It Better.

And this ethos extends to things that don’t even need to be made better: we believe that things that are already pretty good on their own can always be improved.

Take, for example, our unique sour IPA, Corrosion. By most accounts, Corrosion is an awesome beer — Sour. IPA. BOOM. You wouldn’t think that there are many ways we could improve upon it.

Yet… we did it: Key Lime Corrosion is available now in the Brewtique!

Read More
“It's an extremely complicated equation, but an oversimplification of it would be Sour + IPA = dreamy.”
Beer School

Like many things in life, Corrosion’s story begins with a happy accident.

Beer geek’s dream beer. That’s how we describe our Corrosion brew around the CMBC headquarters. This kettle-soured IPA has a pH level that’s nice and low, so what comes through is a bright, lemony tartness. To accentuate that flavor, we brew with Centennial and Citra – no dank or resinous hops here.

“Drinking this is like being inside both an orange and lemon Jolly Rancher at the same time,” says Head Brewer Brian Hink.

Corrosion — the American Wild Ale that launched our sour program — is back on tap this week. It’s got some bitterness (thanks to Citra and Centennial hops), an orange and grapefruit nose, a creamy mouthfeel, and a level of carbonation that tingles the tongue. Not to mention the session-like drinkability that led Untapped user ‘Ant C’ to dub the 5% brew a “pretty sexual sour.” 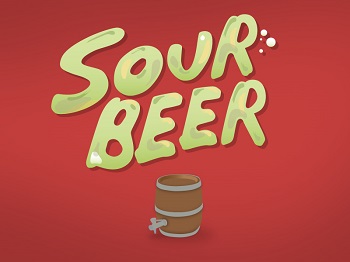 year that, after his initial sip, he  “half expected Ashton Kutcher to jump out, tackle me like a rag doll, and shout, ‘You’ve been Punk’d, punk!'” The signature tartness can catch the uninitiated off guard.

But it’s also this unexpected, zingy flavor that can keep a craft drinker coming back for more. Even Flaherty says he caught the sour bug. (See what we did there?)

Consider this: An article this month from Bart Watson, Chief Economist for the Brewers Association, attempts to answer the question: What’s the next IPA? As in, What’s the next style that will take the beer world by storm? While it’s unlikely any style will have such an impact ever again, Watson argues, a category with potential to drive volume growth in a similar fashion is, you guessed it, sours.

Good on you for trying something new (and tasty) in the tasting room, open every day from noon to 8pm.