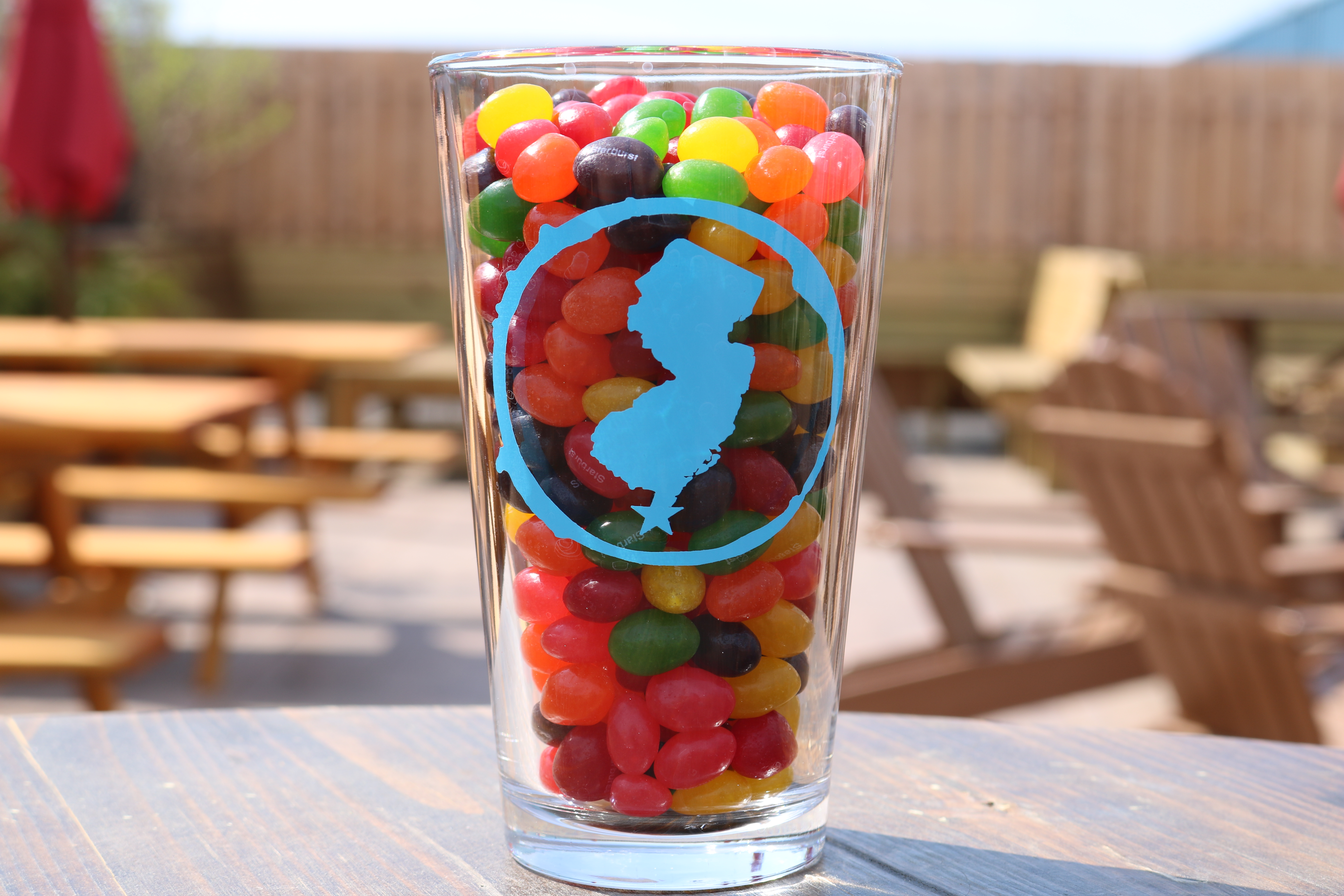 Easter is just around the corner, and that means one thing: stealing candy from your kids’ Easter baskets.

No! Our fans would never do something so despicable as literally taking candy from a baby!

Yeah, you would. Stop lying. The blog for a brewery is no place to put on airs.

So we caught up with our Head Chef, JP Thomas, to find out which of our brews pair best with your favorite Easter confections. 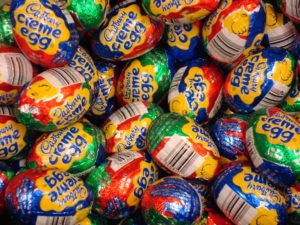 Nothing says Easter more than finding that ubiquitous basket of Cadbury Creme Eggs next to every cash register on the planet. That thick chocolate shell holding back that sweet and creamy fondant? Pure heaven.

JP suggests pairing those eggs with Devil’s Reach. The sweet fondant will cut the high alcohol content and astringency of our flagship Belgian brew, and the richness of the egg will reduce Devil’s Reach’s Belgian, funky, yeasty finish. The sweetness of our Belgian will commingle well with the sweetness of the Cadbury Creme Egg, leaving you thankful that the Easter Bunny didn’t miss your house. 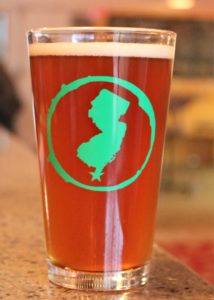 These little eggs are like little balls of pure joy. Basically a Whopper candy masquerading as an Easter Egg, they’re crunchy, malty, and only slightly sweet — the perfect addition to any Easter basket. 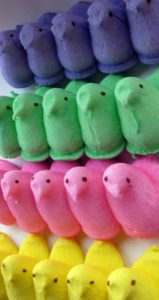 Everybody has some pretty strong feelings about Peeps: you either love ‘em or you hate ‘em. They end up in every basket, usually with copious amounts of Easter grass stuck to their marshmallowy goodness. Just try to keep them out of the microwave, unless you’re doing a science experiment or want to test out a new cleaner you just bought.

Peeps are basically sugar-covered balls of sugar, so you’re looking for something bitter to bring that down a peg. So JP suggests matching them with Avalon Coffee Stout. The bitterness of the coffee and the stout will beautifully counter the super-sweetness of the sugar-encrusted marshmallow. He says to dip the Peeps right into the beer because, “Who doesn’t like a little vanilla with their coffee?” Sounds tasty! 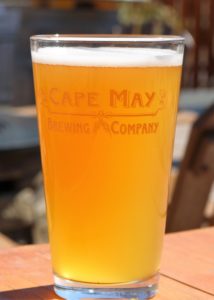 Jelly Beans are perfect year round, but you’ll always love to find them rolling around your Easter basket. Usually because you’ve eaten everything else, cleaned out the grass, and get to find a little treat at the bottom that the kids have missed.

With all the variety out there with jelly beans, JP expects that our Misty Dawn Saison will pair well with most of them. “Black jelly beans… mmmm… probably not,” JP says, but all of the fruity ones go excellently with the fruitiness of the Saison. The sweet earthiness of the Saison will counterbalance nearly every flavor of jelly bean, including those crazy Jelly Belly flavors like popcorn, boogers, vomit, and cut grass. Yum…? 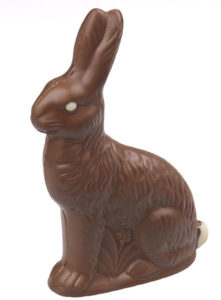 The centerpiece of any well-curated Easter basket, the Milk Chocolate Easter Bunny says Easter more than just about anything. And spring for the solid one, for crying out loud. Those hollow things are the candy equivalent of oatmeal raisin cookies — you think you’re gonna get chocolate chip, but you end up with a mouthful of breakfast. With a hollow bunny, you just end up with a mouthful of air.

If you want to try any of these delectable combinations, all of the brews are on tap in the Tasting Room and available for growler fills in the Brewtique — let us know what you think! Be sure to stop down before Easter Sunday — we’ll be closed that day, busy testing these pairings with our own kids’ candy. 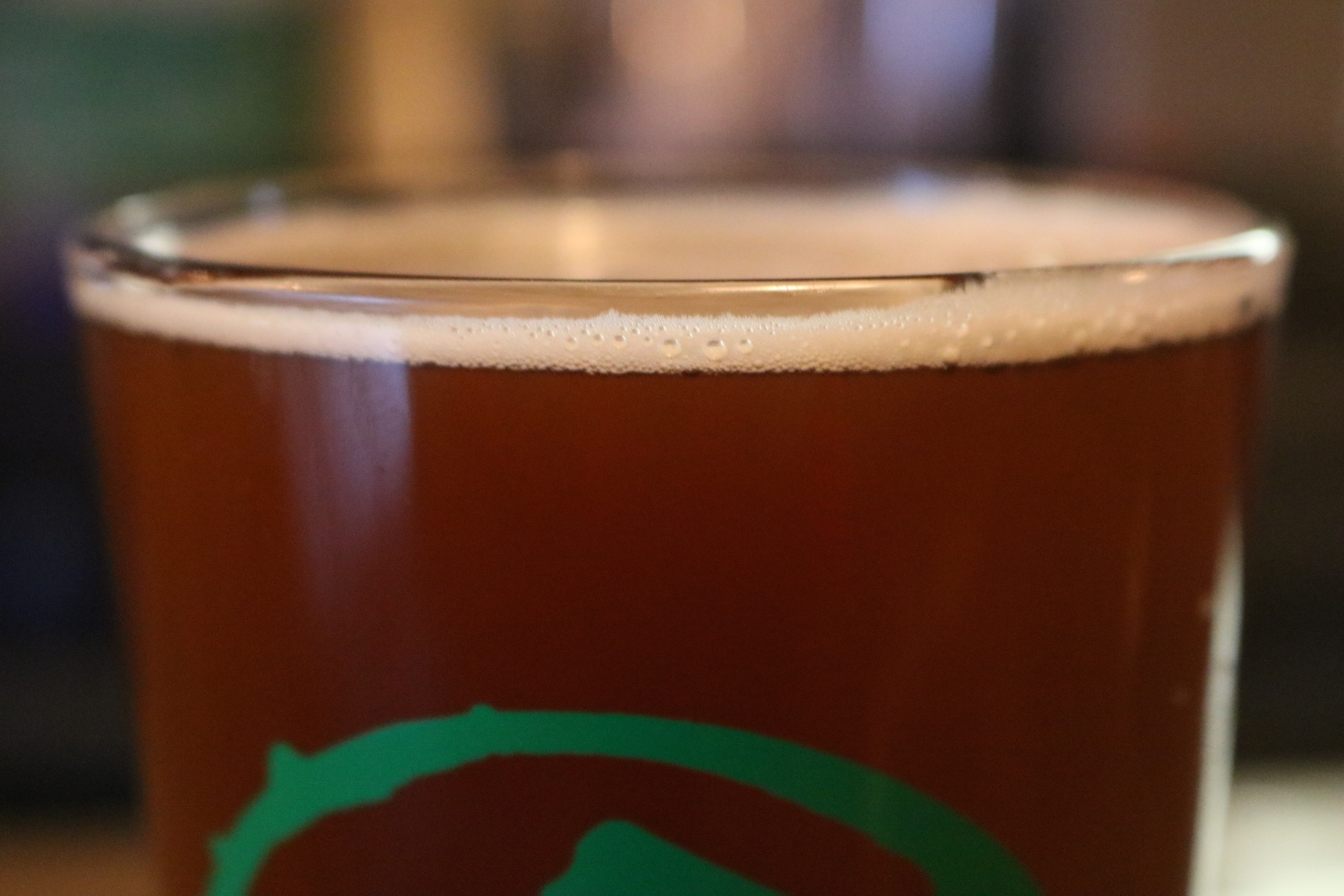 Back in January 2014, CMBC’s Employee Series was at its heyday, producing some of our most-popular beers. Courtney Rosenberg’s Foreshore Shandy is a summer favorite, Brian’s Geek Out will be back soon, and Jim’s Tripel Wreck is currently on tap in the Tasting Room, infused with cherries.

But Steve’s Biscuits & Honey stands as a cut above the rest. Originally created by Beertender Steve Wilson — who is back behind the bar again! — we brew this one periodically, most recently in October. We wanted to catch up with Steve to get the story, but he left for Jamaica before we could sit down with him, mon.

The first go-around of this brew — in the dead of winter in 2014 — sold out in under three weeks. For a new beer in our slowest time of year, it was a bit of a surprise.

“That was extremely impressive for an ESB,” Head Brewer Brian Hink says. “Honestly, ESBs aren’t common at all and have no buzz or sex appeal to them and yet are damn good beers. That’s a knockout at anytime of year, but in the dead of winter? We were all blown away by the success of it.”

Brian explains that the recipe was a favorite of Steve’s and a friend of his. “He brought in what they’d brewed a few times, and Chris and I scaled it up to a 15-barrel batch — our brewhouse size at the time.” We made a few changes scaling it up, “but for all intents and purposes, it’s still the same recipe Steve cooked up at home.” 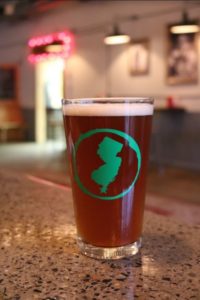 Steve’s Biscuits and Honey is an English Special Bitter: a pale ale brewed to a 4.8% ABV or above, with a maltier flavor than a classic pale ale. It uses British malts that have notes of biscuits and toffee, British hops that tend to be more herbal and spicy than their American cousins, and an English Ale yeast strain that imparts floral esters rather than the fruity esters of the American Ale yeast strains. The result is an extraordinarily drinkable brew with slightly lower carbonation levels.

“Its quaffability is on point,” Brain says. “It’s clean and simple, yet complex enough to warrant continuous return trips.”

Biscuits & Honey uses a variety of English malts, including a wonderful floor-malted Maris Otter for the base malt, Biscuit malts, Honey malt, and some caramalt added for some zing.

The grain for this brew is 100% specialty malt: entirely from bags and loaded into the mill manually. A typical beer uses up to six bags of specialty grains — just over 300 pounds. For Biscuits & Honey, our guys end up moving over a ton of grain into the mill — back-breaking labor, to say the least.

“Definitely an extra workout on the day we brew this beer,” Brian notes.

Their labor is certainly not in vain. Director of Brewing Operations Jimmy Valm notes that Biscuits & Honey “starts off with a slightly sharp bitter note, but then goes into this beautiful malt profile that is slightly sweet with bready and toffee notes, before finishing with the classic English hop flavor, reminiscent of thyme, lemon rind, honey, and a touch of grass from the East Kent Golding hops we exclusively used here.”

Regardless of the extra labor, Biscuits & Honey is definitely a favorite of the guys in the brewery. As Brian says, “Around this time of year, all of the winter beers are starting to get tiresome, and you’re already starting to see spring beers on the shelves, so it’s just a really refreshing change of pace.”

Jimmy agrees, “This beer is an all-rounder, especially as we start to move from winter into spring.  Being a classic English ale, I think it goes perfect sitting in your favorite chair with a great book on a rainy day, maybe with a pipe or mild cigar.”

And we’ve certainly had many of those rainy days lately.

For Jimmy, though, Biscuits & Honey brings back some great memories. 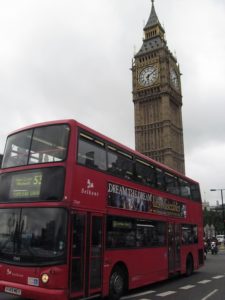 (Cue the establishing shot of red double-decker buses in front Big Ben with the first two bars of “Rule Britannia” played in the background.)

“I lived in the UK for seven years,” he tells us, “getting a degree in Brewing. My first professional brewing job was there — needless to say, I spent plenty of time drinking British Bitters in old-style pubs poured from hand-pulled casks, so this beer really takes me back to those days.

“It also makes a great breakfast beer,” he says. “I had plenty of experience with that in my days across the pond!”

Biscuits and Honey sounds like the perfect addition to a traditional English Breakfast — skipping over the blood pudding, of course.

Luckily for you, there’s no need to hop the pond for you to start making memories of ESBs. Simply stop down to the Tasting Room on Friday and get a pint.

Everyone here at CMBC is sweet on you. You know… you’re smart, you’re funny… you have above-average taste in beer… It’s a match made in heaven! We’ve been trying to catch your eye for-EV-er, so, this week, we’ve gone so far as to bring together three sweet brews to try to win your heart.

On tap this week is an old favorite: Biscuits & Honey. This English Special Bitter has more than four pounds of local honey per barrel to kick the sweetness into overdrive, with biscuit malts giving the brew a beautiful copper color and a toasty nuttiness that will remind you of grandma’s homecooked breakfasts.

We learned a lot from grandma. Maybe you should stay for breakfast.

Also, this beer won the Silver medal at the World Beer Championships, and nothing’s sweeter than bringing back an old favorite!

Back in CMBC’s early days in 2013, Chris and Ryan thought it would be a fun idea to let each employee design a beer. It was a fun idea, but we only had seven employees at the time. Now that we have five times as many, things got a little unwieldy.

Thankfully, beertender Steve got his idea in for Biscuits & Honey long before now. Says Director of Brewing Operations Jimmy Valm, “ESBs are the perfect spring beer. With their sweet malt character and a smooth and refreshing hop note, it’s like a cool spring morning. Biscuits & Honey is a fantastic ESB, with a complex base of toffee and biscuits from the malt and a big shot of Jersey honey to round out the sweetness, all balanced out with a variety of English hops, such as Target and East Kent Golding.”

Not sweet enough for you? Okay, we’ll be cliché and send you some chocolates.

Our Wednesday One-Off this week combines Bringing Sexy Bock with chocolate and Utz’s Dark Roasted Pretzels. It’s a Chocolate Covered Pretzel Bock that’s even sexier than you are.

However, we know better than to send you chocolates with only one kind in the box. What would Forrest Gump have to say about that? “That’s not life!” he’d say. Sally Field did not die so that we could have boxes of chocolate with only Chocolate Covered Pretzels, regardless of how Sexy Bock they are. So we dreamed up a Chocolate Malta to entice you, as well.

A malta is basically unfermented beer. It’s made from an extract of the same malt we might use for one of our brews, but with a sweet, almost molasses-like character with the deep brown color of a stout. We’ve added chocolate to this sweetness, creating a tremendous chocolate soda that almost begs to be paired with some vanilla ice cream in a float.

Bet you didn’t know that we make soda, too. And it doesn’t get much sweeter than this.

So, you get it now, right? We can stop throwing ourselves at you? We hope so, because it’s exhausting and we have beer to make.

That’s the only reason you love us, anyway. And we’re totally cool with that.