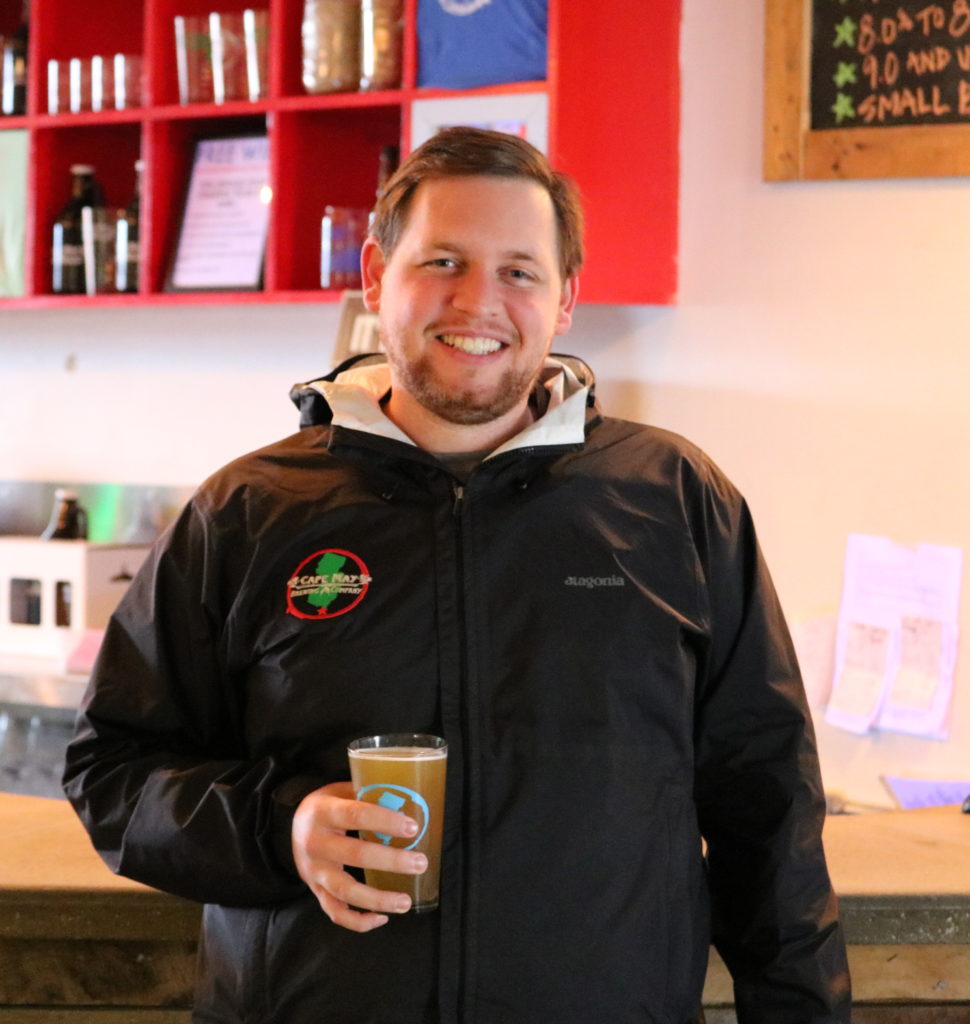 If you’re from New Jersey, you know of the state’s civil war between North and South: Eagles vs. Giants, pork roll vs. Taylor ham, hoagie vs. sub, Philly vs. New York.

For those of you from out-of-state, trust us — this is a real thing, and it’s tearing our state apart. Not quite brother-against-brother, as brothers tend to grow up in the same area, but, at the very least, cousin-against-cousin.

We’re not going to take a side here at Straight to the Pint — journalistic integrity and what-have-you — but… we’re in Cape May. Draw your own conclusions.

What we will say is that the South has it all over the North in one respect: it’s a heck of a lot easier to get CMBC brews down here.

Now, with our established presence down here, we’re trying to build on that: into Ocean and Burlington counties and up into Mercer and Monmouth counties. Furthermore, with much of all of the business down here being shore-related, we tend to see much greater sales over the summer. It’d be great if we could even that out a bit, and the only way to do that is by expanding into places that aren’t so seasonally-based.

So, we’re working our way up to you guys, North Jersey cousins. We’re taking steps to expand northward.

In fact, we just promoted our very own Richie Rallo to New Jersey Sales Manager.

“I oversee every drop of CMBC beer sold in New Jersey,” he tells us.

Sounds like a tall order. In fact, Richie’s contacted 176 of our current accounts in one week alone.

Thus far, Richie says “it’s been pretty stressful, just getting everything on track moving forward. I’m trying to introduce myself to all of our existing accounts as often as possible.”

Richie’s excited about the position because it’s always going to be evolving. “New Jersey has all of these new breweries opening up, and we have the bigger distributors making an effort to combat the smaller, self-distributed guys like us. The distributors are completely changing the way they do business on a day-to-day basis, because it’s costing them money trying to keep up with us.”

With the number of breweries in the state primarily concentrated north of the Atlantic City Expressway, North Jersey beer drinkers are used to having a greater variety to choose from.

Because of that, “they’re looking for whatever’s new,” Richie tells us. “They don’t want the same shit over and over again.”

“We’ve been doing really well with the sour beers up there,” he says, “but it’s more a product of the overall variety that we offer.”

Down here, particularly over the summer, our flagship IPA is the big seller — which makes sense. Visitors want to experience as much of the local flavor as they can, and the IPA is named after of one of South Jersey’s most famous resort towns. Nonetheless, Richie “was getting a little bored over the summer,” he says. “You can only talk about Cape May IPA so much. Over the summer, it’s the vast majority of the beer that I sold. It’s fun to bounce around into different territories and deal with some out-of-town, beer-savvy folk.”

And while he bounces around the state, he’ll be spending plenty of time on the road, primarily listening to Kanye, (“He’s a genius,” he tells us.) except on Fridays, when he’ll be jamming to Elvis Costello’s My Aim is True.

Regardless of Richie’s sometimes-questionable taste in music, he was undoubtedly the right man for the job. “He’s a proven leader,” Ryan tells us. “He’s got his finger on the pulse of the craft beer scene in North Jersey, so with his hard work our northern fans will start seeing more CMBC brews near them.”

“It’s nice to see hard work pay off,” Richie says, regarding the promotion. “I’m looking forward to applying strategy and managing situations better as we move forward and get a little more organized,” he says.

In the meantime, get on the Parkway to exit 4B and visit the brewery. We’ll keep the beer cold for you.