Return of The Bog 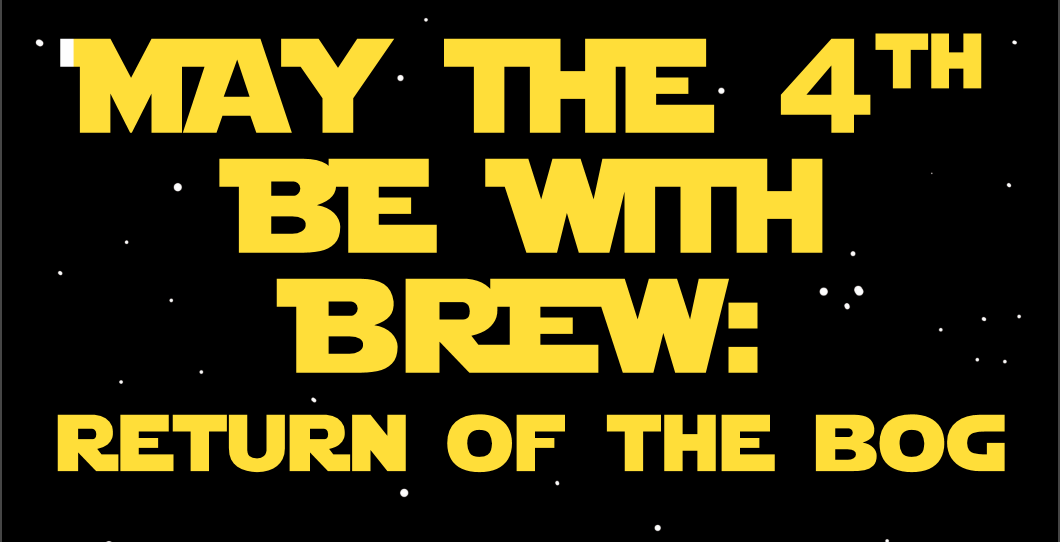 Star Wars Day is almost here — May the Fourth be with brew!

We’ve got a Jedi-worthy day planned for all of the Star Wars fans out there. Even if you don’t know an Ewok from Jar-Jar Binks (Hint: one’s adorable, the other is the most annoying thing in the history of the franchise), you’re still guaranteed to have a great time.

On Thursday, May 4th, from 5-8pm, we’ve got a special Star Wars Pandora station cued up. You’ll have a great time in our photobooth, and be able to make your own lightsaber — it won’t actually work because, well, that technology was only available a long time ago, in a galaxy far, far away.

We’ve got two One-Offs in store, and you’ll be able to choose between the Light Side and the Dark Side of the Force. We’ve got a blue raspberry-infused Demisemi for the Obi Wans out there and a lime-conditioned Bog for Vaders.

For the Padmés and Anakins — and the Chewies stuck driving — we’ve got a special Yoda Soda. A green soda with a distinctly orange flavor, it will bring you the wisdom of Yoda. Or, at least, quench your thirst.

Since this is the second year we’re doing this, it’s kind of a sequel. It’s May the Fourth Be With Brew: The Return of The Bog!

Our perennial fan-favorite cranberry shandy returns just in the nick of time. It’s one of our most sought-after brews, and we can barely keep it on tap once it hits the Tasting Room. A tart cranberry wheat beer blended with lemonade, The Bog is the most drinkable summer shandy this side of that freaky cantina on Tatooine. (We promise not to play the worst piece of music John Williams ever composed.)

Come in costume and be entered for your chance to win a CMBC Swag Bag. Just grab a ticket from the greeter as you come in, and you could end up being decked out in all of your favorite CMBC swag.

See you there! And, until then, May the Fourth be With You!