Beer Commercial Has Congress All Hopped Up

Sure, this past Super Bowl may have been one of the most exciting in history, but for many beer lovers, the game took a backseat to the $9 million dollar Budweiser ad that praised macro brews for their rugged drinkability, and poo-poo’d the micro world for appealing to fussy girly-boys (we’re paraphrasing).

While Bud is standing by its commercial, the backlash was swift and fierce. Some bars are now refusing to carry beverages made by parent company Anheuser-Busch InBev, while craft breweries are busy releasing parody ads of their own, complete with puppies. On social media, a Wall Street Journal piece published a few months ago is once again making the rounds, because it suggests the commercial’s genesis may have been insecurity – research shows 44 percent of drinkers between the ages of 21 and 27 have never so much as tasted a Bud. If nothing else, critics say, the ad is hypocritical, considering AB InBev is muscling its way into the craft market by buying up the nation’s most successful small breweries.

But a snarky reaction from the Twittersphere? That’s just par for the course. The medium is also where people go to criticize Uma Thurman’s face and Taco Bell burritos, so nothing is sacred here. A more fair gauge of just how many buttons the commercial has pushed? The reaction of Capitol Hill.

Lawmakers on both sides of the political spectrum have been irked by the ad, meaning Budweiser has done the impossible – united Republicans and Democrats in mutual annoyance. The company “seems to have forgotten that the craft beer industry has a lot of allies in Congress,” reports Daily Beast writer Matt Laslo. Case in point: the existence of the House’s bipartisan Small Brewers Caucus, which makes experimental brews sound as American as apple pie. God bless the USA!

The Bud commercial lit such a fire under these politicians that, less than 24 hours after its airing, they reintroduced legislation meant to protect the little guys, Laslo reports. The Small BREW (or Brewer Reinvestment and Expanding Workforce) Act would “drop the tax rate per barrel from $7 to $3.50 for the first 60,000 barrels a brewery churns out. It would then save small breweries an additional $2 on every barrel until they hit the magical two million number.”

Of course, politicians with vested interests in the macro world are pushing back with the Fair BEER (or Brewers Excise and Economic Relief) Act, which argues that the big guns are deserving of such protections as well.

While the House fights it out, we’ll make a suggestion to Budwesier: stick to Clydesdales. 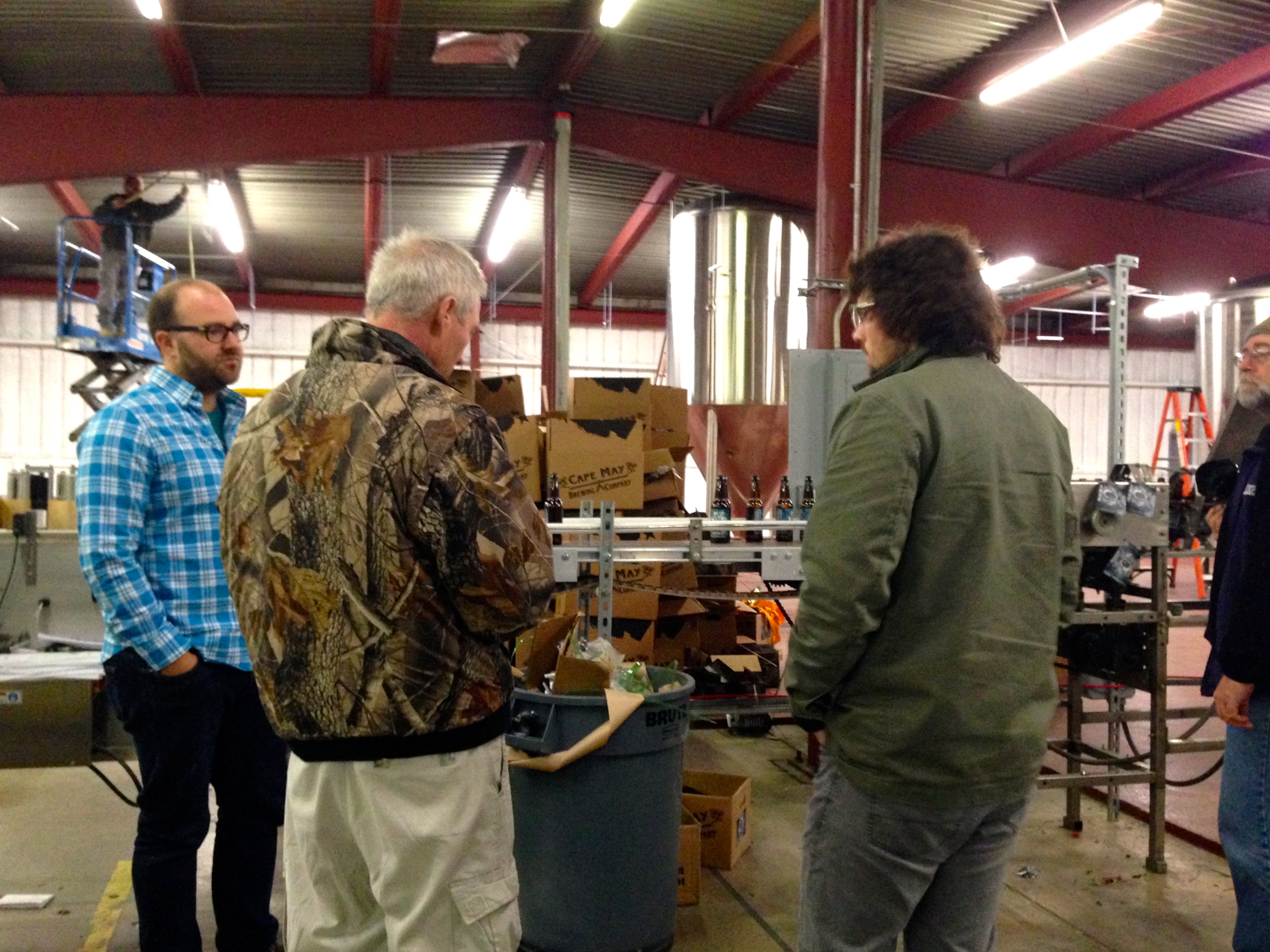 Last Monday, veteran Press of Atlantic City reporter Rich Degener stopped by for a story on our ongoing expansion. He showed up in his signature unassuming dress —complete with a duct-tape chic jacket — and spent over an hour checking out our new setup. He tasted the product, scrawled copious albeit totally illegible notes, and told us that his daughter Elizabeth (who sells the delicious homemade bread on Sunset Boulevard) loves our tasting room, which is awesome, because we love her bread! You can see Rich’s article here. Just a couple of small corrections: the money spent on gutting and renovating our new space (called HQ for ‘headquarters’, until someone around here comes up with a name more clever) was actually closer to $1,000,000 than half a million, and our fearless leaders attended Villanova University, not Temple. No offense against the Owls – we’re all Philly proud!