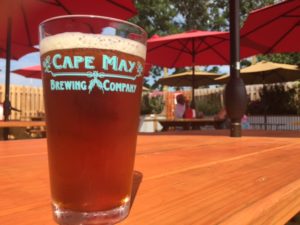 Just hearing the name makes you thirsty, doesn’t it? It’s dripping with history and pomp and sausages and, of course, beer. And we’ve got our take on the classic Oktoberfestbier currently pouring in the Tasting Room.

“We brew an Oktoberfest because it hearkens back to one of the oldest brewing traditions in the world,” says Director of Brewing Operations Jimmy Valm, “the Oktoberfest celebrations of Bavaria, and connecting with our rich brewing past is a fun aspect of being a brewer.”

We’ve told you about the history of Oktoberfest, but here’s a recap:

In Munich, Oktoberfest is basically a two-week long festival of food and beer and general German carousing. The first one in 1810 was to celebrate Ludwig’s marriage to Therese, and those wacky Germans decided it was so much fun that they’d have it every year.

Little known fact: the first one didn’t even have beer. We’re not sure what they were thinking. It was mostly a horse race. Because, as I’m sure you’ll agree, every wedding would be so much better if it involved racing horses.

It was 82 years before they decided to start serving beer. Eighty-two freakin’ years. The Germans literally added tree climbing to the festivities before they decided to add beer. It’s like we don’t even know who they are anymore. Though, honestly, that was probably a good idea. Climbing a tree after a few steins is not a recommended activity.

Of course, Germans being Germans, the Reinheitsgebot rears its ugly head at Oktoberfest. Only six breweries are allowed to serve beer there — the beer must be brewed within the city limits of Munich and it must conform to the German Beer Purity Law.

Could you imagine if we did that for Brews by the Bay? It would be a short festival. There are only six breweries allowed to serve beer there; we’ll have over forty at Brews by the Bay!

In honor of the greatest German beer festival known to man, and, by extension, Kronprinz Ludwig and his lovely bride, Princess Therese of Saxe-Hildburghausen (gesundheit), CMBC is happily donning their lederhosen and kicking up the oompah music to bring you our very own version of Oktoberfestbier. 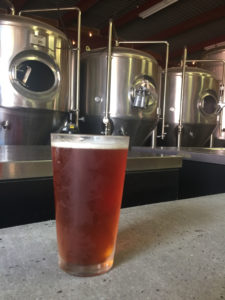 Clocking in at a delightful 5.8% ABV, our Oktoberfest is a rich and complex amber-colored lager, perfect for the changing seasons. With enough hop presence to show up in the background, Oktoberfest is focused on a grain bill comprised of a blend of Vienna, Munich, Caramunich, Pilsen, and Melanoidin malts, lending the brew a toffee- and caramel-like sweetness with a nutty note.

“It’s clean and crisp” says Head Brewer Brian Hink, “and really makes for an incredible beer to sit around a fire pit as the autumn air turns to hoodie weather. In the summer it’s all about easy-drinking beers that don’t wear out the palate too much, but as the calendar turns to fall and the daylight gets shorter, a fuller-bodied beer that is rich and nutty tasting is really what you want to reach for time and again.”

Jimmy agrees, “It has that classic crisp note of a long-matured lager but not quite as dry or hoppy, and more malt character than a Pilsner, for example. The nutty and caramel-like sweetness from the Munich, Caramunich, Vienna, and Melanoidin malts are at the forefront, but the beer is still light and smooth drinking, so it’s not the malt character from, say, a Porter or a Stout.”

Oktoberfestbier was originally conceived as a Marzen — a March beer. Back in the day, before modern refrigeration, brewers left the beer to cool in icy caves for long periods of time. The beer would clear up as the yeast and other haze-forming particles settled, and, as the beer matured, would taste cleaner.

Since there are no icy caves in Cape May — and, let’s face it, if there were, you guys would find them and raid our stash — we just lager this at around fifty degrees for a week, then cold-condition (or lager) at thirty-two for a few more weeks: the result being a mature, clean, and crystal clear brew.

“Seriously, get a cooler and grab a few growlers of this,” Brian says, “and get out there and go camping, or roast some marshmallows on that fire pit out back that you haven’t touched since May because it’s just been too dang hot.”

Sounds good to us. Can’t wait!