This week, during the inaugural Trenton Lobby Day, the Garden State Craft Brewers Guild will advocate for the craft beer industry in front of our state leaders. To show how 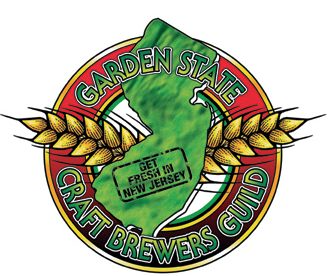 beneficial the work of small brewers can be to the local economy, they’ll present this economic impact report, put together by Guild (and CMBC) President Ryan Krill, and Guild Director Don Russell.

To see if there’s anything else worth adding to our list of important factoids, we called Bart Watson, Chief Economist for the Brewers Association.

Bart gave us a figure — 1.5% — and told us this is the maximum share Jersey craft brewers would have had of the in-state craft market last year, if every drop of their beer had been sold in New Jersey. Which, of course, it wasn’t.

Meaning? There’s a ton of craft beer in this state – the market share is somewhere in the low teens, and that’s enough to generate an economic impact of $1.2 billion – but not a lot of it is Jersey craft.

“In other words, there’s huge opportunity here for in-state producers,” Bart explained, “and 30% of economic impact comes from producers.”

Just a little something to mull over while you sip your morning coffee (or morning pint… we don’t judge).