Trying to get a bill signed into law is like trying to conceive a baby. There are many, ahem, swimmers in the running, but most do not stand a chance.

Take the 2012 law that allowed for tasting rooms at Jersey breweries. It was a huge deal for the industry, and a major factor in our expansion from one employee to 37. But according to Eric Orlando, VP of the Kaufman Zita Group which handles lobbying for the Garden State Craft Brewers Guild, the original bill had only a 4.6 percent chance of surviving the legislative process and getting an a-okay from Governor Christie.

“There are so many ways a piece of legislation can short-circuit,” Eric says. “And because the alcohol industry is so highly regulated, there’s an added layer of complication when dealing with beer-related bills.”

For many of us, knowledge about the legislative process comes largely from watching House of Cards. And while “there are definitely elements of that show that are true,” Eric says, Netflix fails at providing us with a clear idea of logistics. We’re talking about the step-by-steps of the law-making process we first heard about via Schoolhouse Rock.

Given the three bills sponsored by Senators Kean and Barnes and Assemblymen Coughlin and O’Scanion —  the ones that would allow, respectively, for the sale of food at Jersey’s tasting rooms, the sale of beer at farmers’ markets, and the ability of brewpubs to self-distribute their product — we thought we’d put together a flowchart that explains the timeline. Keep in mind, the meat of the process detailed below can take anywhere from one week to several years.

Presenting: how a bill becomes a law in New Jersey, because it’s not as simple as you think…

(Our nifty chart will get bigger if you click on it.) 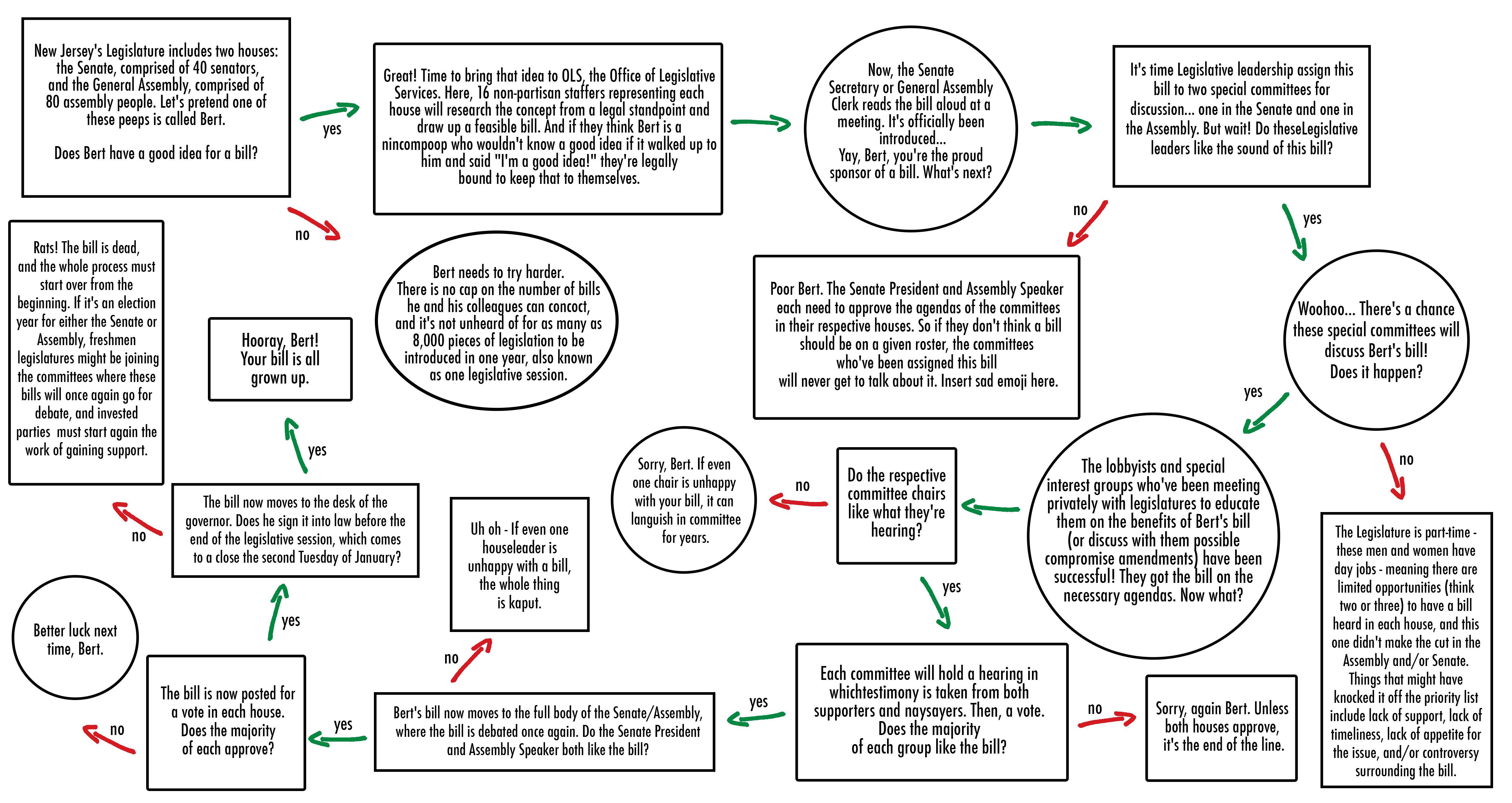