Today, Douglas Fisher — New Jersey’s Secretary of Agriculture and the guy whose job it is to ensure the Garden State remains an “agricultural powerhouse” — came to CMBC as part of his #JerseyFreshLove tour. 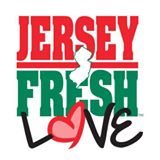 farmers’ markets, and businesses throughout the state who respect, nourish, promote and utilize Jersey’s agricultural bounty. We were honored to make the cut for several reasons, including our Jersey Fresh-designated Honey Porter, which needs 90-pounds of locally-grown honey for every 15-barrel batch.

“Holy mackerel, it’s great,” Fisher said when he saw our tasting room. Then he took a tour led by CMBC president Ryan, enjoyed a pint, and explained the goal of the day. “We’re looking to get responses from people on the ground. We’re using the #JerseyFreshLove hashtag to showcase central places, but we want others to use it as well. Show us what Jersey Fresh products and places are important to you. We’ll cross-pollinate, and we’ll get people to recognize all this state has to offer.”

Here’s a peek at some of the social media shots. Take a look and then — you heard the man — post your own…