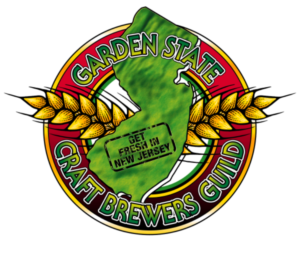 Legislative success means different things to different people. No one ever gets everything they want, but — like the end of a boxing match — you look around and see who’s still standing and you call them the winner.

We told you about the Smart Container Act before — the bottle deposit endeavor that made very little sense to anyone in the beverage industry. It required, among other things, essentially turning CMBC into a recycling center and a 10-cent tax on glass containers.

We’re all about helping the environment here at CMBC, and we think we do our part. We repurpose our spent grain as feed to local chickens and cows, we reuse all of our glassware in the Tasting Room (unless someone has too much Devil’s Reach and breaks their glass), we’ve turned scrap metal into a state-of-the-art bottling line, we buy as much of our ingredients locally as is humanly possible, and Ryan bikes to work so frequently you’d think he was born on a bike. We’d love to see fewer glass bottles and aluminum cans out there in the world, but there was just no chance we were going to have the facilities to recycle them ourselves.

Ding, dong, the SCA is dead!

Well, maybe not dead as much as tabled. Instead of taxing containers, “it’s now off to plastic bags,” Ryan tells us. The cause is noble but the sponsor of the bill is working with the Food Council for a more achievable piece of legislation.”

CMBC is all about reducing the number of plastic bags out there. They’re a scourge on humanity, and there’s another viable option in paper bags. (#gopaper) With the money being earmarked for lead abatement, it’s definitely money that needs to be raised. The new piece of legislation seems far more logical.

Another really sweet piece of legislation involves creating a Mead and Cider license. (See what we did there? Sweet? Mead? Cider? Hush it. It’s been a long week.)

With over 100 brews in our lineup, could you imagine the possibilities? “We could start making cider,” says Ryan, “which would be great.”

Mead, essentially fermented honey, would be another great outlet — along with our Jersey Fresh Honey Porter — to use local honey. “It’s another channel for creativity in the New Jersey beverage community.”

Let’s hope that Ry-guy and his cohorts at the Guild are able to get this one passed. It would be a great opportunity for many of New Jersey’s brewers, including CMBC.