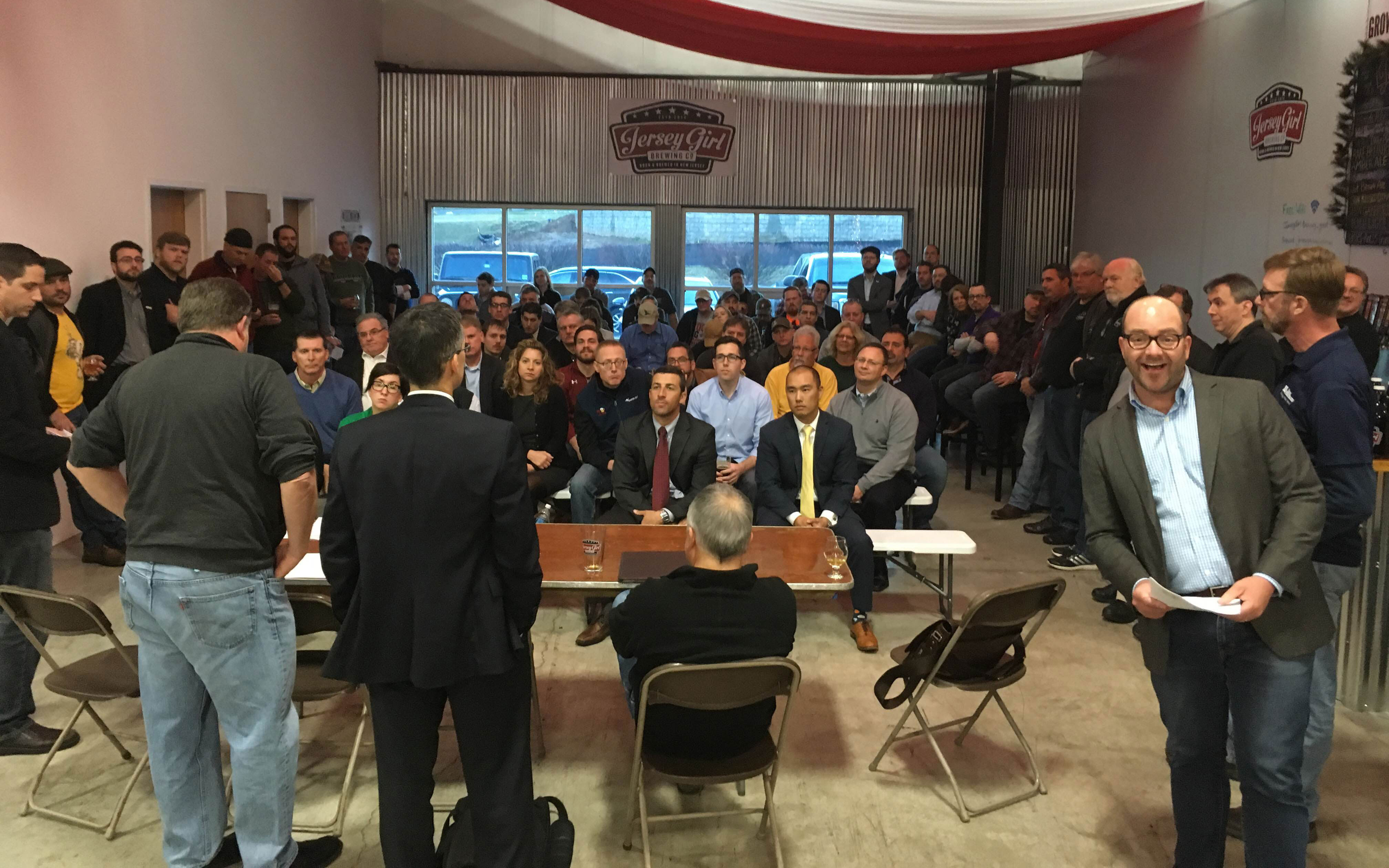 What happens when you get the heads of all of New Jersey’s breweries in one room together?

Beer. Beer happens. And, as you know, New Jersey’s got some of the best beer in the world.

Ryan, wearing his Garden State Craft Brewers Guild President hat, trekked up to Jersey Girl Brewing Company in Hackettstown. While these Guild meetings sound like a great time for everyone, there’s always a lot of serious business to attend to.

The first order of business: introducing our newly-minted Executive Director, Jason Carty, to the Guild.

“I was surprised at how dedicated our membership is,” Jason said. “We had about 100 members in attendance, and some of them had to drive over two hours to attend. It’s great to see such devotion and commitment from the members of the Guild.”

Jason’s really looking forward to his work with the Guild. “There was great energy in the room,” he tells us, “and I’m looking forward to working with the various committees. From planning festivals to tackling our legislative agenda, 2017 is going to be a great year.” 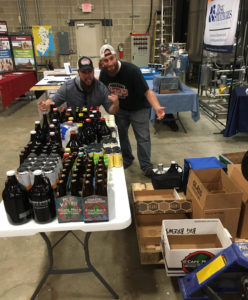 If the Guild can make 2017 better than 2016, we’re in for a good year. Our main event of the year — Brews by the Bay — had a record turnout, and we’ve welcomed twelve new breweries into the fold. 2016 was a year of tremendous growth in our industry, and we’re all looking forward to what 2017 will bring. With the one-two punch of Krill-Carty at the helm, we’re sure great things will be happening in New Jersey craft beer.

“I’m looking forward to having both Jamie and Kevin join me on the Executive Board,” Ryan said. “With their hard work and perseverance, 2017’s going to be a great year.”

And this year is rounding out to have some decent changes in the laws governing craft breweries. We’ve told you about Senate Bill 1334, allowing us to sell growler fills and tastings at New Jersey farmers markets. That bill is scheduled for a committee vote on Monday, the 12th. You can help by contacting the members of the committee:

Shoot these Senators an email and tell them to vote YES on the upcoming bill. Better yet, give their offices a call. It may sound trite, but your elected officials respond so much better to a phone call.

Let them know how the legislation will help the growth of state’s craft beer industry. This bill will support local farmers and allow New Jersey’s breweries to compete on the same level with breweries in other nearby states like Pennsylvania, New York, and Maryland. Those states already allow growler fills at farmers markets, and, if you look at the numbers from the Brewers Association, they’re absolutely killing it in terms of production and revenue.

New Jersey could join their ranks. There’s enough creativity, variety, and innovation in this state that we should be able to blow our neighbors out of the water. The Farmers Market bill is just one step in the right direction.