Friday night, we hit the Rio Station in Rio Grande for our own Tap Takeover, which coincided with the release of the restaurant’s new menu. The place was jamming. “I wouldn’t pour Cape May beer unless I loved it,” head chef Rich Rutherford told us. “That would be bullshit.”

At the CMBC table, over a plate of tempura veggies, topics of discussion included:

Around 9pm, we knew pop rock cover band Stellar Mojo would be taking the stage soon, so we broke away from the crowd to chat with lead singer John King. He told us that he came back home for this show, the first local venue he’s played in three months because he’s been so busy with gigs in Baltimore, Philly and Boston. And, turns out, CMBC beer being on tap was a big factor in that decision.

“All of my friends love it,” he said. “We’re hoping to team up with the brewery more in the future.”

Then John told us that, if he were one of our beers, he’d be the flagship Cape May IPA because “it’s got some balls to it.” 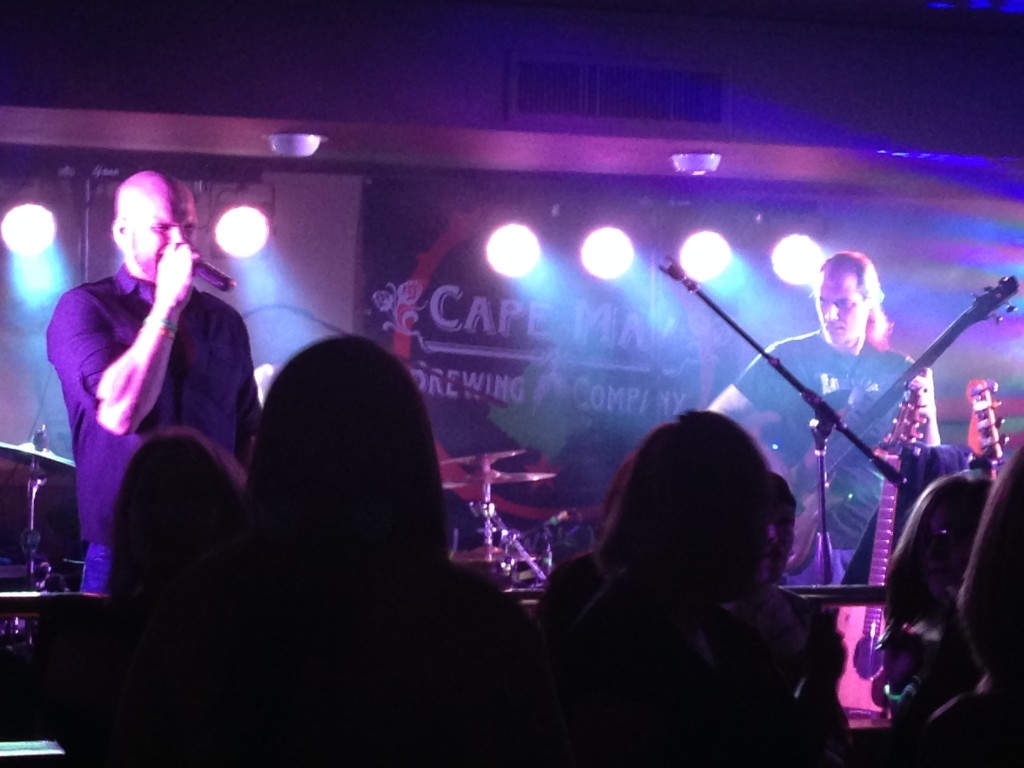 So — after he took the stage, thanked everyone for coming to watch him instead of the Fifty Shades of Gray premiere, and began singing Bruno Mars while throwing glowsticks into the crowd — we did some reconnaissance, curious about how other people see themselves in terms of beer.

“Mopwater, because there’s a lot going on with it,” said Eric Bronson from “just down the street.”

“Honey Porter, because it’s perfect in every way,” said Tom Sullivan from Rio Grande. (Okay, his wife answered for him, but she wouldn’t give us her name.)

“The Wednesday One-Off, because it’s original, a little unique, and always a special edition,” said Erika Watson from Wildwood Crest.

Around this time, a table noticed us asking so many questions, assumed we worked for the restaurant, and tried to order six Fireball shots from us, so we figured we’d better sit down. But we did so knowing that this Tap Takeover had been a great success, er, exito.