But there’s also been a greater-than-normal flurry of activity at our headquarters this past week. That’s because the long-anticipated ribbon cutting for our new building is this Friday. In just two days, state senators, congressmen, assemblymen, local entrepreneurs and other VIPs will descend upon 409 Breakwater to see what we’ve done with the place and help us to officially launch it.

Here are the finishing touches:

1. Sprucing up with some flowers:

This is the ‘before’ picture, taken just outside of our offices; we’ll be sure to post the ‘after’ shot, too, once it’s all complete. Expect some “colorful shit” (the landscaper’s words, not ours). 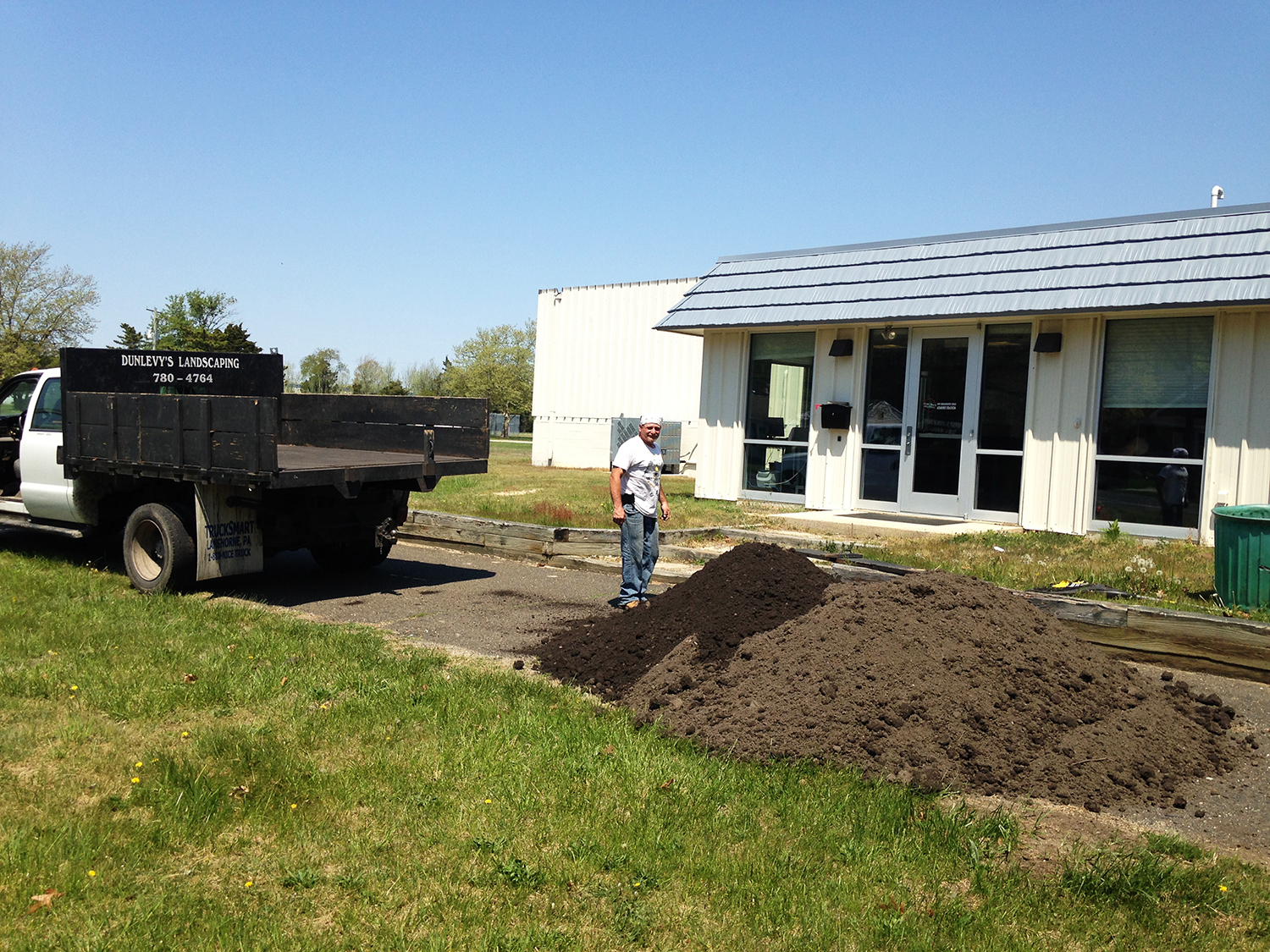 When we first moved into this space over a year ago, the roof leaked from all four corners. We patched it and patched it some more, but now it’s finally getting redone. Our tireless team of seven (there’s one guy missing from this shot) began the job last Thursday, and they’ve worked every day since for eight-hour stretches in order to meet the Friday deadline. We asked Cody Short — third from the right — if he’s looking forward to a nice cold beer when this is all complete. “I’m too young to drink!” he told us. Here’s hoping he’s a rule-follower while roofing, too… 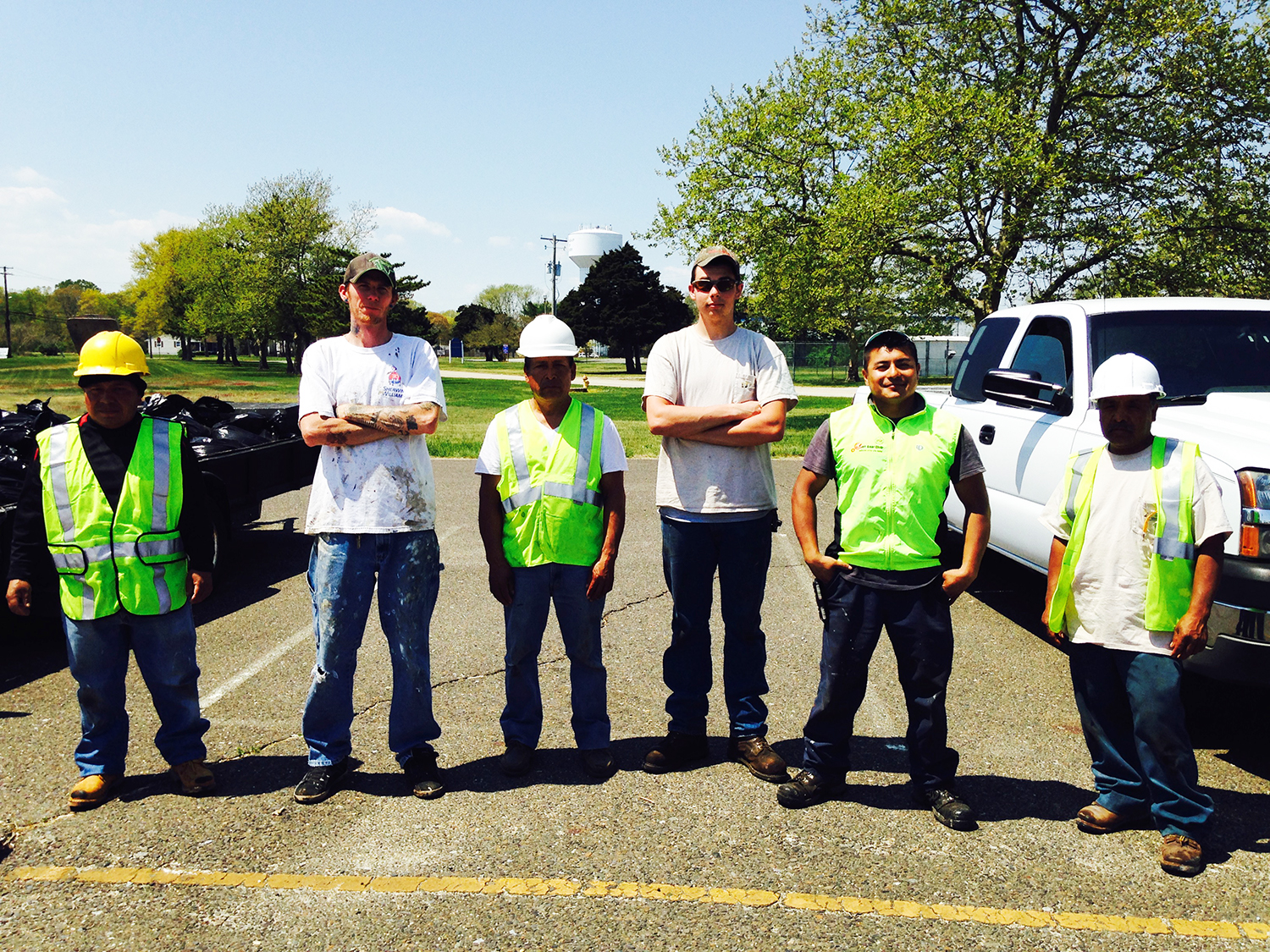 3. Amping up the electric…

In order to power our new 30-barrel brewhouse and all of our new equipment — and thanks to five box trucks and 11 skilled technicians — we’ve upgraded our electric to 800 amps. For perspective, a large home (four bedrooms, garage, a few bathrooms) runs on a 200-0r-s0 amp system. So yea, that’s a lot of volts.

We asked CMBC’s Facility Tech Hot Carl, who worked as a lineman for the Navy in a past life, how dangerous this type of work is.

“Let’s just say those guys doing the roofing should stay away from the wires,” he said. “You can definitely get fried.” 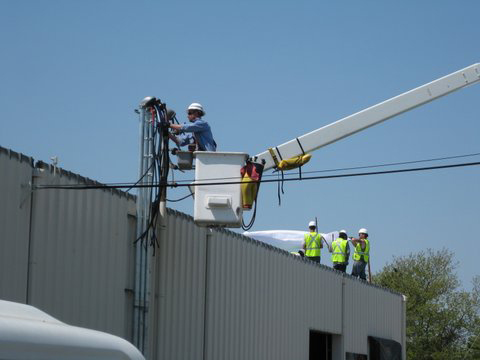 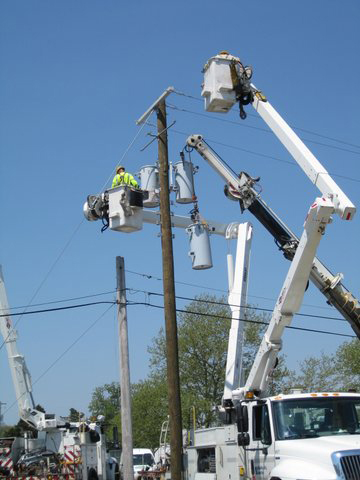 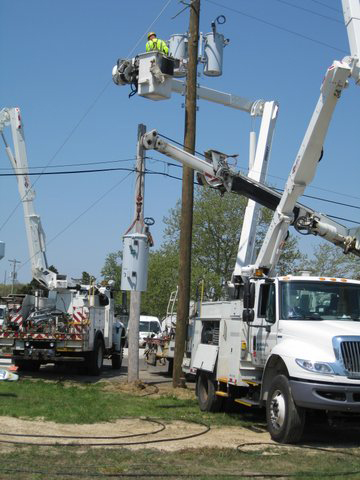 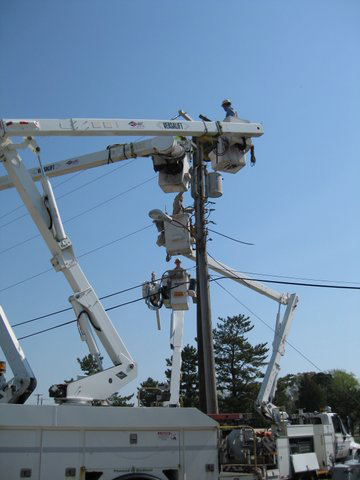 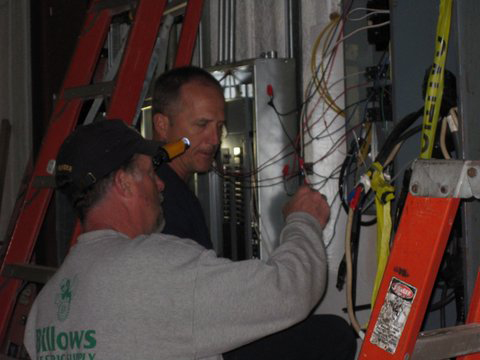 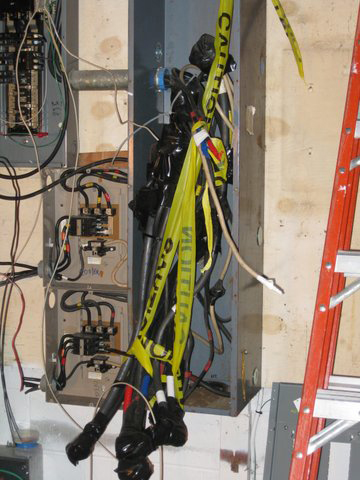 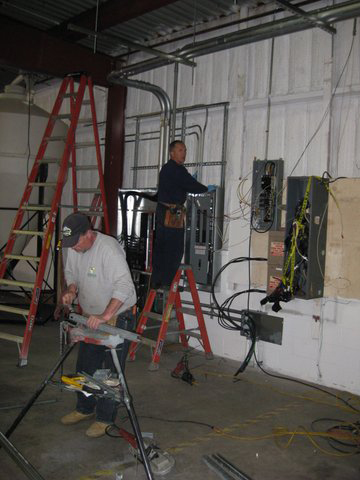 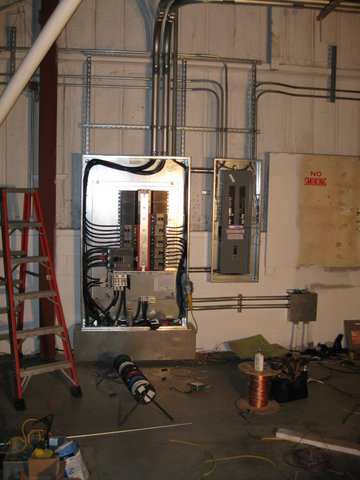