Deck the Halls with Boughs of Barley! 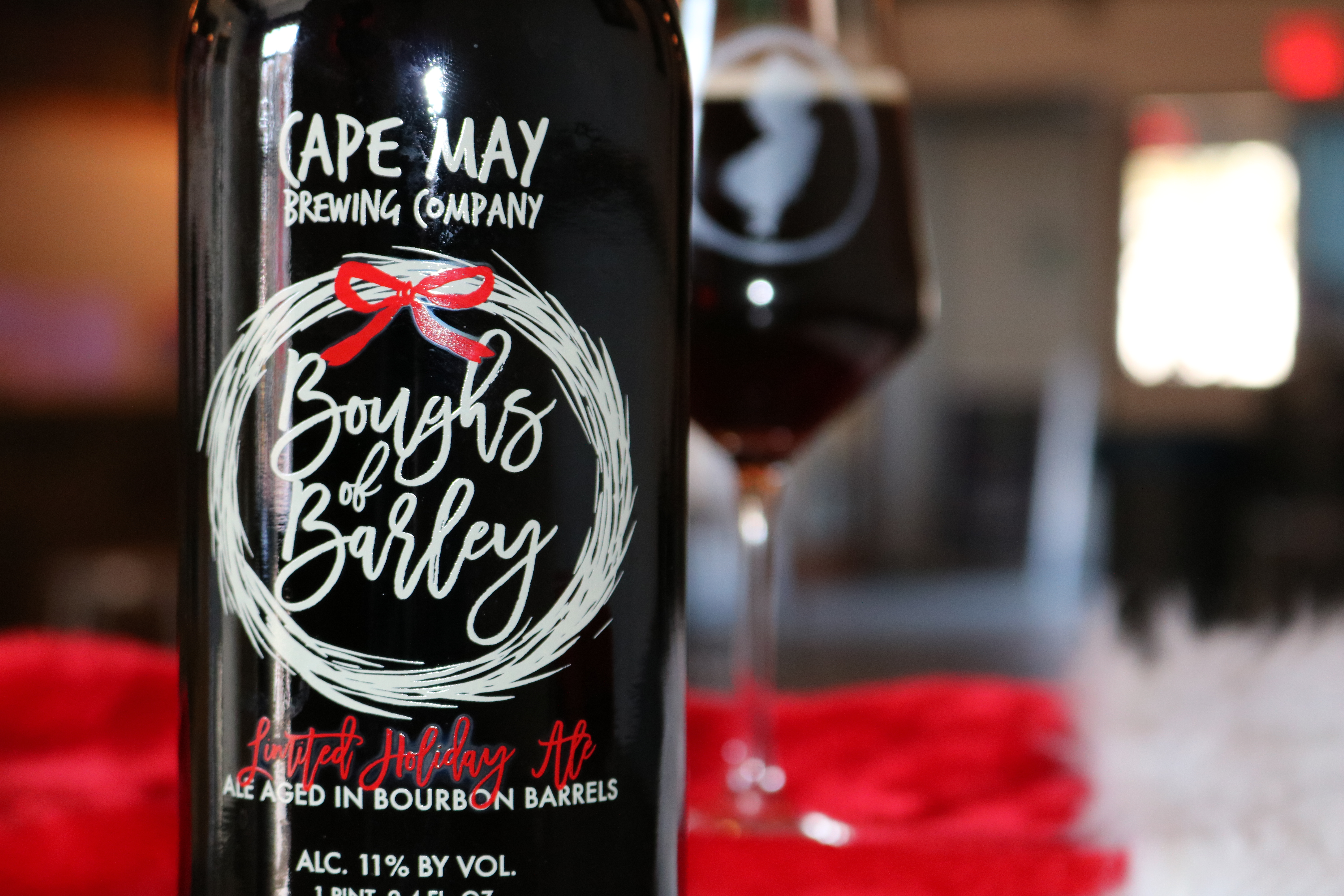 Thanksgiving is right around the corner, and that only means one thing: the world will act as if this holiday doesn’t even exist and start planning for Christmas.

It’s not like it’s unwarranted. The holidays are a huge undertaking, particularly if you have to play Santa for a brood of children. It’s Stressgiving.

Luckily, we’ve got a way to alleviate some of your stress. We’re not going to do your shopping for you, but what we produce here has the tendency to make any stressful situation that much more beerable. (Hooray for puns!)

This holiday, you’ll want to deck the halls with Boughs of Barley!

“What’s that?” asks the random person we just made up in our heads, who’s drooling slightly at the prospect of an as-yet-untried CMBC brew.

We’re pretty sure we’ve brewed this entirely for the alliteration.

“We brewed up a pretty awesome barleywine,” says Head Brewer Brian Hink, “and what do you do with something awesome? Make it awesomer, of course.”

So we did. We made that bad boy barleywine even badder.

“We decided to go big or go home,” says Director of Brewing Operations Jimmy Valm. “So we got our hands on some high-quality barrels from the Woodford Reserve distillery in Kentucky to make something that would be really special for the holidays.”

If you’ve been to the brewery lately — or if you’ve been keeping up on what’s going on down here by faithfully reading Straight to the Pint — you may have noticed that we’ve been doing quite a bit of barrel-aging lately. But the nautically-themed Barrel Aged Series has been aged in red wine barrels.

“As our Barrel Aged Series takes off, we wanted to inject some more variety as to the kinds of barrels we use,” Jimmy says. “Using bourbon barrels is not all that new in the craft beer world, but most of those are Imperial stouts and not too many barleywines. And Bourbon barrel-aged beers have been few and far between in South Jersey.”

And it’s not just the rarity of this brew that makes it outstanding: barleywines age rather nicely in oak casks because the high alcohol content extracts more of the flavors from the barrels.

“The oak and vanilla flavors we pick up from the wood really complement the strong malt flavors that have a dash of toffee as well as the extra sweetness from the higher alcohols in the barleywine,” Jimmy says.

Boughs of Barley will pair rather well with some of the more traditional holiday dishes like turkey and gravy or a roast, and it will complement some desserts nicely, as well. Your chocolate cake or crème brûlée will never quite be the same.

Jimmy has already planned his Christmas dinner with Boughs of Barley in mind: “I’ll be cooking a nice pork roast with a selection of herbs and fresh garlic.”

Brian will be sharing a bottle at his buddy’s wedding over the holidays. “He’s a huge whiskey and bourbon guy, so I’m definitely looking forward to sharing a bottle with him and his bride to be.”

Like the beers in our Barrel Aged series, Boughs of Barley is bottle conditioned.

“It will age nicely over the course of the year,” Jimmy says, “and next winter the flavors will have further developed and it’ll have an extra smooth, almost velvet-like body. I simply can’t wait for that!”

And we can’t wait for you to try Boughs of Barley. Brian likes brewing these beers because, boy, he enjoys imbibing them, but he also looks forward to beholding how you guys like them.

“Boughs of Barley is very different in flavor and style and execution,” he says. “I think we hit it out of the park with this one, but like always I’m really excited to see what everyone else thinks about it.”

Bottles of Boughs of Barley can be bought from the Brewtique for 18 bucks beginning Black Friday! Our doorBuster sales begin at 9am. Be there!

This blog has been brought to you by the letter “B”.