Each year, the politically-minded brewers across the country get together and fight City Hall — or the Capitol, as the case may be. It’s all organized by the Brewers Association, and we had a few members of the Garden State Craft Brewers Guild in attendance.

Our intrepid champions sat down with staffers for all of New Jersey’s congressional delegation in an attempt to sway them to support CBMTRA, the Craft Beverage Modernization and Tax Reform Act.

“It was very positive,” Ryan tells us. “It was a beautiful day, and it was great to see other leaders in the brewing industry out there pounding the pavement like we were.”

A quick refresher: CBMTRA (affectionately pronounced “com-BOO-tra”) would reduce the excise tax for brewers producing under 60,000 barrels a year — that’s 98% of the industry — from $7/barrel to $3.50/barrel, cutting our tax liability in half. The BA expects that doing so would create an additional $320M that us little guys could spend on hiring additional workers. With each job created in the brewing industry, we generate a whopping 45 jobs in related industries, from agriculture to retail. If each of New Jersey’s 84 breweries and brewpubs could hire just one more worker, that’s 3,780 new jobs created in this state alone. For such a small tax cut, the ripple effects are enormous.

During the last session of Congress, all of New Jersey’s Representatives and Senators had signed on as co-sponsors of the bill. Unfortunately, there was more support than time, and it ended up dying when Congress’s session ended in 2016.

This time around, just about everyone has signed on. We’re still waiting for Congressman Payne of the 10th District and Congressman Gottheimer of the 5th District, but Ryan thinks that it’s a only matter of time. “It’s only because these guys are really busy and there’s a lot of bills out there,” Ryan explains. Rep. Gottheimer was elected in the most recent election and hasn’t yet had the chance to take a position.

Since most of our Representatives are already supporting the bill, Ryan and the crew focused most of their energies on getting them to join their respective house’s Small Brewers Caucus.

The Small Brewers Caucuses in the House and Senate give us an extremely important forum in our nation’s capital. While brewers share many of the concerns of other small businesses, we’re in the only industry that has two constitutional amendments — and a crippling number of federal, state, and local laws — regulating it. These caucuses provide our elected officials an opportunity to learn about what it takes to run a brewery and a mechanism to share information about the science and art of brewing, as well as the lowdown on business, regulatory, and social issues. 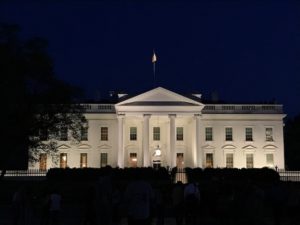 “The caucuses are a good opportunity for our elected officials to see what’s going on in the craft beer industry,” Ryan says. “It’s a low-impact caucus — I think they only meet four times a year — and they have beer available for staffers who attend their meetings, so there’s an added incentive for them to join.”

Basically a big bottle-share on Capitol Hill? Sounds like a good time to us.

Apparently, own Representative, Congressman Frank LoBiondo, is one of our biggest champions.

“LoBiondo knows how active we are, and it’s great that he’s our Congressman,” Ryan says. “He and his staffers are always very enthusiastic to see us. And it doesn’t hurt that he’s a big fan of Cape May Brew Co.”

We’re lucky to have such a supportive delegation in DC, and it really speaks to how hard Ryan, Gene Muller of Flying Fish, and the rest of the active Guild members have been working on behalf of the brewing industry in New Jersey.

But there’s still a ways to go. CBMTRA isn’t yet law, so there’s still time to voice your support. Contact your representative and let them know that you support this legislation and the issues affecting the craft beer industry.

In the meantime, DRINK LOCAL!