Christmas In July At CMBC

Ryan Krill, president: My family stood me up at church on Christmas Eve when I was in college.  I got there early and reserved one of the front rows.  The place was packed and there were people standing everywhere.  My parents, who were supposed to meet me there, were at a party before and decided to stay and not tell me.  That was the last time I went to church. 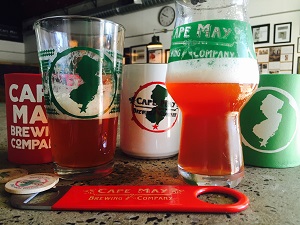 Alicia Grasso, marketing guru: I used to take horseback riding lessons at a farm in Clermont, and after every lesson, I would climb to the top of the hayloft and snuggle with a little black kitten who would eagerly await my weekly arrival.  We became pals and when winter set in, I stopped taking lessons and always hoped the kitten was warm and safe.  On Christmas morning, I woke up at the crack of dawn and went downstairs to see if Santa had arrived, when I heard a rustle in the tree.  To my surprise, sprawled out across a long Blue Spruce limb was the little black kitten.  Santa brought me a pet and a pal who for years used to climb the steps of my bunkbed and sleep next to me in my little loft.

Courtney Rosenberg, aka CSR, graphic designer/social media superstar: My family has always ordered Chinese food on Christmas Eve. We invite my grandmother over and we order lots of yummy food and pig out. It helps to take the stress out of the holiday.

Jim Zolna, tasting room associate: I found out the truth about Santa after my brother told me Santa went down over the South Pacific.  I freaked out, and then my dad told me the truth…

Dan Patela, tasting room associate: When I was a little kid, Christmas was all about presents. Not church, not family, not giving. I was
a real brat. Every year, my siblings and I would wake up at the break of dawn to wake up my parents. Their response was always the same. They’d tell us to come back in a couple of hours.  So we would just sit on the couch staring at the spoils Santa had brought for like two hours, in utter agony.

Mark Gartland, tour guide: This shows how old I am… but I’ll never forget Christmas 1968.  I was 12 and sick with an awful case of the flu, in bed most of the day for several days in a row.  But at the same time Apollo 8 was taking humans around the moon for the first time.  The moon landing would come in July of 1969 with Apollo 11, but Apollo 8 flew to the moon and back, showing us pictures of the earth from further away than we had ever seen before.  It seemed like magic to me, just totally amazing.  And I watched this with with grandfather, who had been in his teenage years while the Wright brothers made the first airplane flight.  It left me wondering what wondrous changes I might experience in my lifetime, and the excitement of that event far outweighed any of the presents I was to receive.

Ashley Sundstrom, Operations Manager: My family and I are huge Disney Fans so for Christmas if we can, we usually travel to Walt

Disney World and spend the holiday in the Happiest Place on Earth. To keep a little bit of Cape May with us though we always eat Christmas Dinner at The Cape May Cafe at the Beach and Yacht Club Resort.

Courtney Gingrich, tasting room associate: My brother, Skylar, and I would wake up WAY before my parents and sneak downstairs to see what the big jolly man brought us. We were allowed to open the stockings together and then go back to bed to wait for Meemaw to come watch us open our gifts.  Not embarrassed to say this happened this way until very recently. Ho, ho, ho!

Diane Stopyra, writing guru: One year, no one in my family felt like decorating. Convinced it wouldn’t be Christmas without decorations, I sat a big, Gumby-like Santa on top of a lamp in the living room. Santa’s ass went up in flames in the middle of Christmas dinner. That was 23 years ago. My father, a firefighter, is still embarrassed.

Jeff Zagiel, greeter/tour guide and Kim Zagiel, sanitation superstar: This Christmas, we were in the Florida Keys. We spent Christmas Eve at a tiki bar and Santa pulled up on a fire engine. Then we spent Christmas on the beach. It was the best!

Brian Hink, Lead Brewer: We all have a million Christmas memories, mostly great, some bad, some funny, but as a brewer I figured I had to share a brewing story! Couple years back, probably 2011ish, I made a Christmas Beer, real typical spiced holiday beer — darkish amber, light to medium bodied, but it was spiced pretty heavily, a bunch of cinnamon sticks, some cloves, a bunch of honey, handful of other spices. It came out perfectly to style, my brothers loved it, friends recommended I make it again. I hated it. I absolutely could not stand it, and to this day stands to be the only batch I felt I failed miserably at. There’s been a couple batches that didn’t come out as expected, but this was the only dumper. Except I didn’t dump it; luckily my brothers willingly took the whole batch off my hands.

Heather Mangano, tasting room manager: When my sister and I were little, our older brother woke us up early on Christmas morning and said he’d left the video camera on all night and that we should watch it.  Turns out he got Santa on camera! Found out later that he actually rented a costume and acted out the whole thing- or did he?!