Since we last checked in with Ry-guy and Bri-guy in Portland, they’ve walked approximately 3.42 miles each around the 600 vendors at the Craft Brewers Conference Expo,  which looks like this: 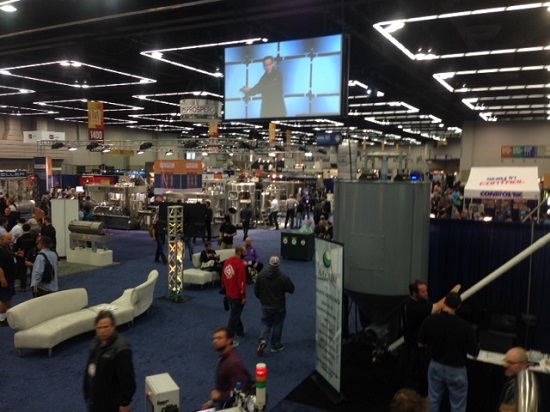 Here, they’ve been coming across all of the booths displaying CMB merchandise. “It’s cool to see our stuff being used as samples,” says Ryan. Can you spot the Cape May hat? 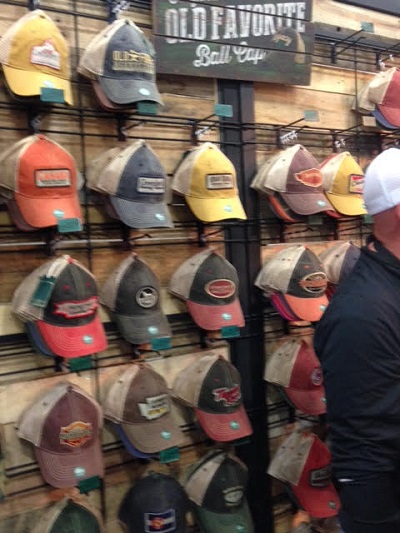 Ryan’s been attending riveting meetings, too, like the one this morning where he volunteered to assist with Brewers Association event planning. This means our president will be helping to steer next year’s CBC ship. Look out, Philadelphia.

As president of the Garden State Craft Brewers Guild, Ryan’s also been making a point of connecting with other guilds while in Portland, including Georgia’s. Fun fact: those guys have recently hired an executive director which, under Ryan’s direction, the Jersey association will be doing shortly.

And, of, course, there have been plenty of seminars to attend. Ryan just got out of “Brewing and Economic Data,” which should be helpful to him as he spearheads the Guild’s first Economic Impact Report, out soon!

On the projector pictured below, he saw all sorts of fun statistics, including those that set Cape May Brewery apart. While most of our peers package 90% of their beer and serve the remaining 10% on draft, CMB’s ratio is 95% draft and 5% package. It’s good to be different… 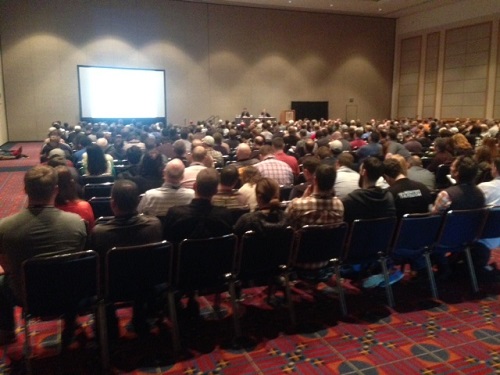 Brian’s been busy at beer school, too, taking in lectures ranging from “Sour Beer: It’s More Than Just PH” to “The Littlest QC Lab,” all about quality control. If you’re curious how he’s enjoying it… see this face: 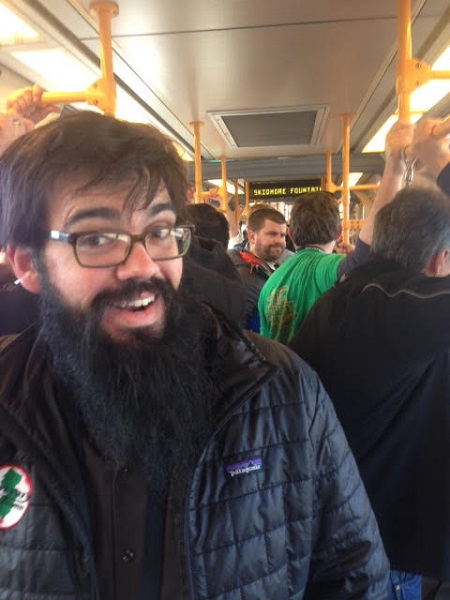 Not to worry – it’s not all work and no play. First of all, the guys are meeting celebs — like Sam Adams founder Jim Koch — and they’re connecting with tons of other Jerseyites, including Gene Muller of Flying Fish and Mark Edelson of Iron Hill. AND they’re doing it in beautiful weather; it’s currently 67 degrees and sunny in Portland. Notice the blue sky behind the famous White Stag sign (a designated Historic Landmark installed in 1940) below: 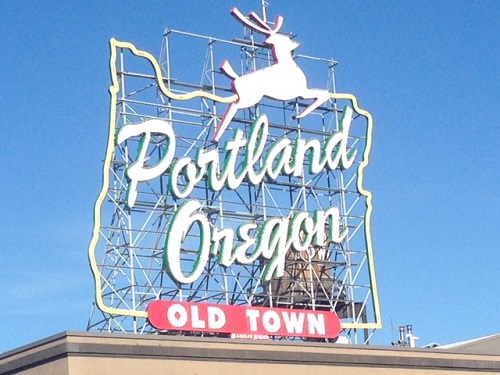 Plus, there are some great dinners happening. Last night, the boys went to landmark restaurant Veritable Quandary with BSG, Brewer Supply Group Handcraft. And they would have gone to a Dogfish Head party, but apparently in Portland you have to phone for a cab, and no one was answering. Still, they managed to have a good time. “It took us a while to recover this morning,” Ryan confirmed.

Tonight, the agenda includes a “mega-party” hosted by GEA Brewery Systems, from which the boys promise to take photos.

In the meantime, we’ll make you all jealous by showing you this, Ryan’s breakfast from Portland’s famous Voodoo Doughnut shop. It’s not quite the ‘Gay Bar’ pastry, which includes rainbow-colored Fruit Loops, but still delish… 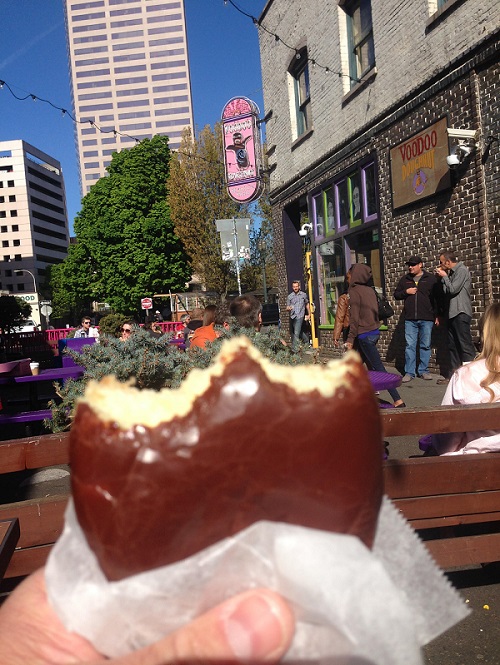