Yesterday was day one of the 32nd Annual Craft Brewers Conference, and CMB President Ryan Krill and Brew Master Brian Hink have already gotten a taste for what makes Portland, Portland.

“There are breweries on every corner, food trucks everywhere — even in the parking lots of other restaurants — and I saw a guy on a custom-made bike with a barrel seat for his dog,” says Brian.

Meanwhile, Ry-guy is very excited to have connected with a cab driver who shares his passion for Armenian rugs. (What? A man can’t appreciate a good IPA and a good flatweave?)

The guys are also getting a taste for what makes Portland weird. At yesterday’s welcome reception, there was Darth Vader on a unicycle. Ours is not to question why… 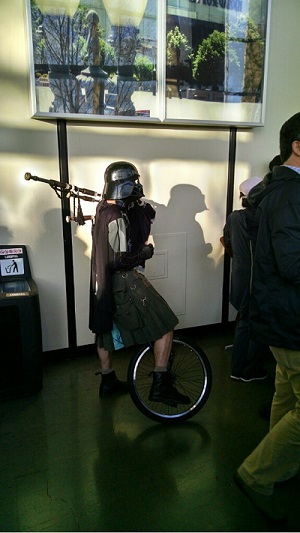 In fact, while brewery reps from all over the world mingled, there were several wild trapeze artists doing their thang… 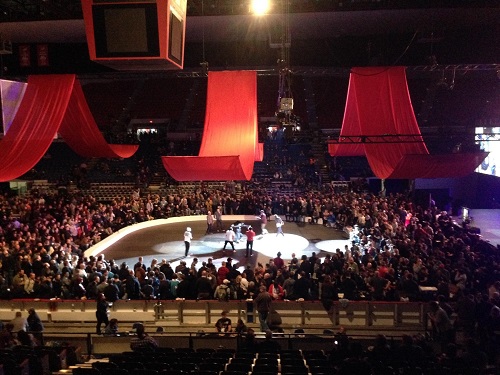 Following the reception, Bri-guy and Ry-guy headed out for dinner with CMB glassware vendor Grandstand at French restaurant La Pigeon (which doesn’t actually serve pigeon, we checked.) They also ended up at Cascade Brewing — an unsurprising choice since that place is pioneering the Northwest-style sour movement and CMB is leading the way in Jersey-style sours. (We’re the only one in the state making them.) Just like Cascade, we’ll be barrel-aging ours in the very near future. 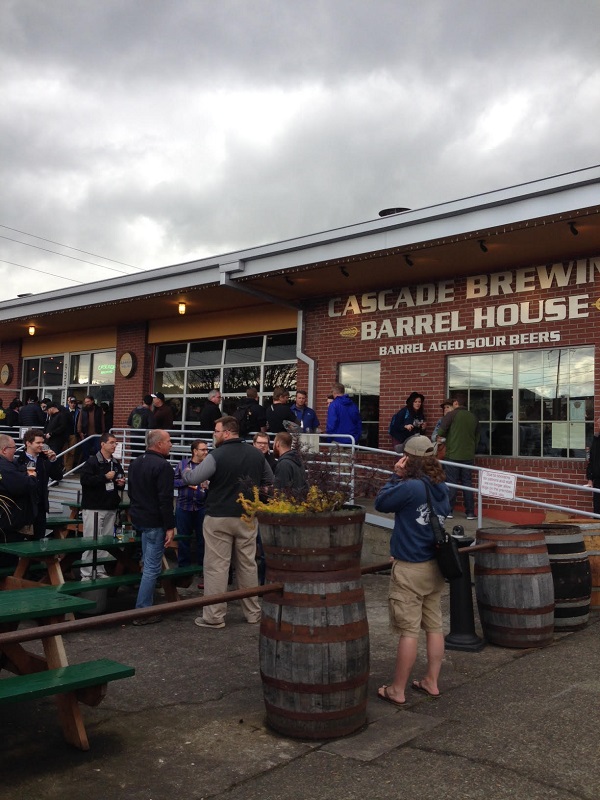 The boys got to bed around midnight PST (or 3am, according to their internal clocks) and Brian, although afraid he’d crash and burn after his eight-hour yeast seminar, hung in there like a champ. “We’re not here to get shitfaced,” he says. “And besides,” adds Ryan, “we drink for a living. We’re professionals.”

Now, the guys are geared up for another action-packed day, especially after a heart-attack-on-a-plate-looking breakfast from Pine State Biscuits, a restaurant launched by three young guys who call themselves ‘the biscuit boys.’ How’d it taste? “Fucking incredible,” says Ryan. 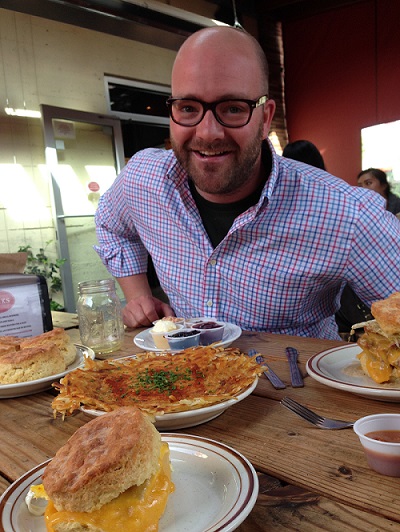 At the CBC expo, at which there are 600 exhibitors, the guys have already located the table belonging to apparel vendor Brewery Branding Co. Look whose logo they’ve got plastered on their booth… 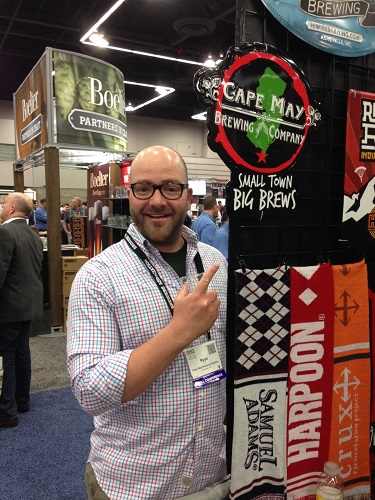 Next, it will be off to a series of seminars on topics ranging from marketing and finance (Ryan) to fermentation science  (Brian).

In the meantime, know this:

“The amount of facial hair here is disappointingly low,” says Ryan. “Only about 50%.”