But not the Norse mythology kind:

And not the neon 90s kind with the diamond bellybuttons:

But let’s face it: internet trolls are a reality of 21st century living.

We know you’re out there, Humperdink29. We know you’re holed up behind that laptop, Paddlewaggle33. And we’ve seen the vitriol you’ve spewed, MrSquiddlywinks3.

You spend your days trolling dating sites, comment sections, and virtual forums like TripAdvisor and Yelp not to offer constructive criticism or voice an informed opinion, but simply to vent. We get it. Your girlfriend left you/your mom never loved you/you ran out of macaroni and cheese, and you need an outlet.

But here’s the problem.

You give the good guys a bad name. You make the normal, pleasant, helpful TripAdvisor users look uncool, too. You drown out the constructive criticism, and you suffocate the positive reviews.

The happy interweb users have spoken, and the word is good.

Cape May Brewing Company has received TripAdvisor’s 2015 Certificate of Excellence for “consistently great reviews,” and a rating of four-and-a-half out of five stars. 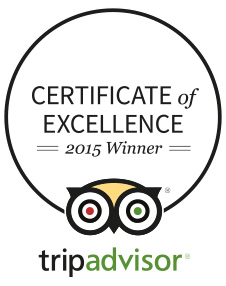 Thank you to the 146 peeps who wrote about us, not just for the great praise, but for the helpful, respectful feedback.

CMBC fans, you show the internet trolls of the world how it’s done, and for that, we’re sending you a virtual high-five right now.