Calling all beer nerds. American Craft Beer Week — a celebration of the country’s craft beer industry and the 110,000 jobs it creates nationwide — is happening now. Newbies will discover the reasons behind the renaissance — craft beer reached 11 percent market share for the first time last year — and connoisseurs will be reminded why they love the craft community. Throughout the nation, small breweries will host events that highlight their artisanal and tasty concoctions, and we’ll be among them! 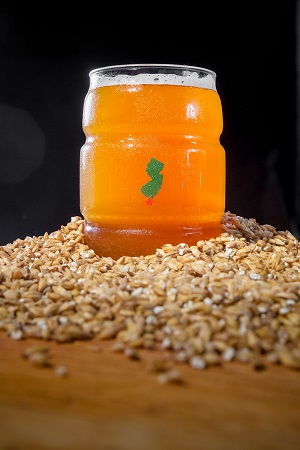 “Beer is steeped in American tradition,” says our Marketing Guru Alicia Grasso. “Not only does participating in this nationwide event allow us to celebrate the artistry of what we create on a daily basis, but it also allows fans to learn more about the growing craft beer industry which we support right here in Cape May.”

Here’s what’s on tap this week:

Tomorrow, CMBC will host our first ‘Sour Hour’ from 5-7pm in the tasting room. It’s the perfect time to try a pint of our popular Tower 23 — named for a local World War II Lookout Tower — because members of our team will be on site to mingle and discuss the light and refreshing Berliner Weisse. We’ll be happy to talk with you about what makes the sour style so tricky – and so rewarding – to produce, and about the 60 recently-acquired oak barrels that are about to do wonders for our sour program. Come thirsty.

On Thursday, there will be Tap Takeover at Wildwood brew pub Goodnight Irene’s, where over 90 craft beers are available. On tap will be our Foreshore Cherry Limeaide Shandy, Turtle Gut American Sour, Tripel Wreck Belgian Tripel, Honey Porter, Coastal Evacuation Double IPA, and the last of our employee series beers for the summer – Richie’s Super Rad Pale Ale. But perhaps most exciting for the beer nerds out there? The dry-hopped Corrosion Sour IPA, which kicked in our tasting room way back in March, will also be on site. Oh, and bring your thinking caps — it’s Quizzo night.

Last but not least, on Friday it’s ‘Enjoy Your Tastings With The Brewers’ from 5-7pm in the tasting room. Talk with the men behind the beer about what makes them tick (er, ferment), and what we’re is doing to push the industry envelope. Who knows? Maybe you’ll even hear about that time our fermenter exploded. Newbies and connoisseurs welcome to sip and chat.