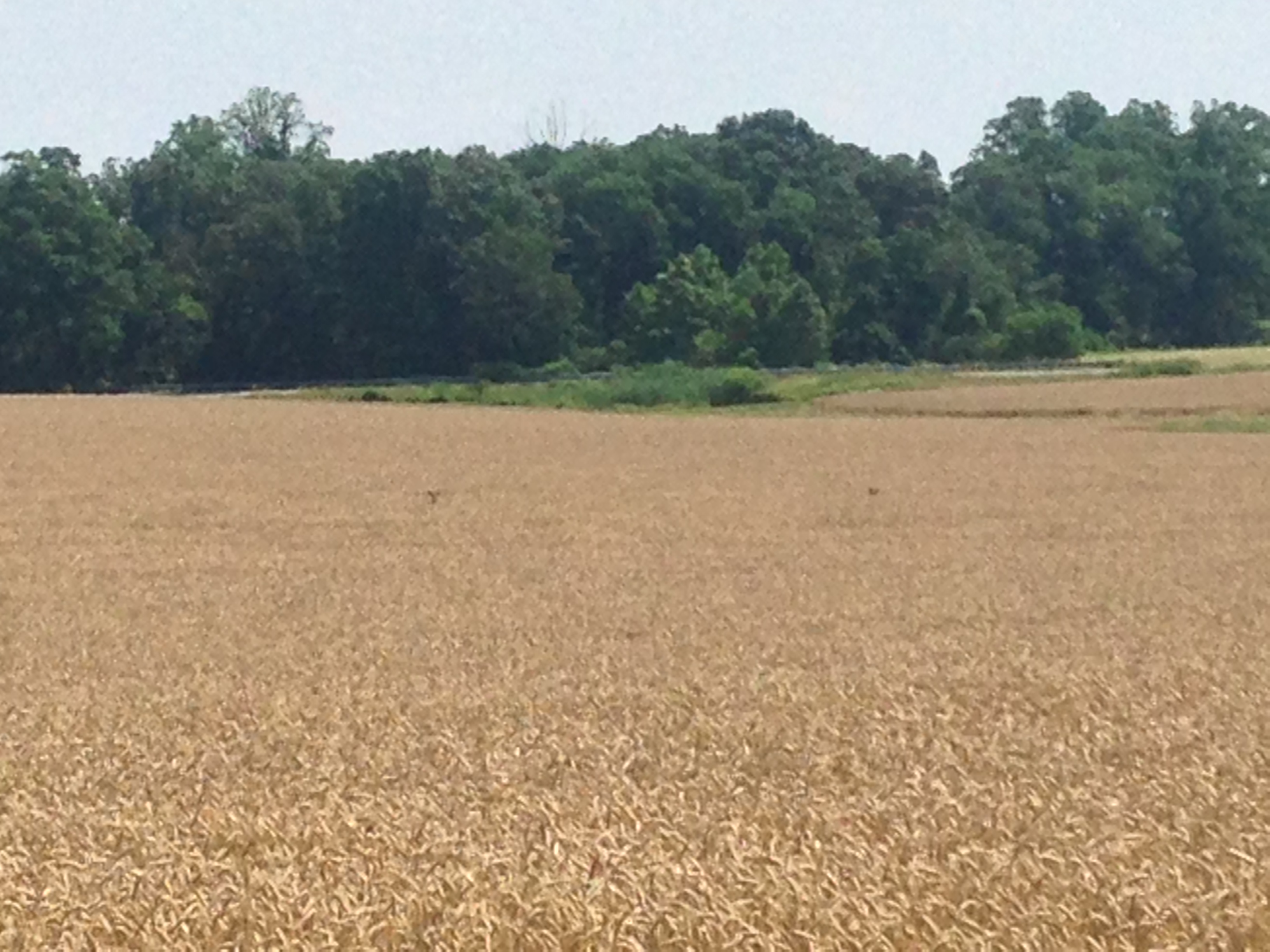 Last week, Director of Brewing Operations Jimmy Valm and the CMBC crew headed over to Shiloh, NJ, to check out Rabbit Hill Farms.

“Idyllic,” Jimmy says about the farm. “Just rolling hills of wheat and barley. There were deer bounding all over the place. It was just beautiful.”

Our staff spent the day out there, riding on tractors and prancing through fields of barley. “It’s the stuff life is made of,” Jimmy says.

This 580 acre farm was started by Abe Bakker — “A real salt-of-the-earth guy” — thirty years ago, growing potatoes. They were instrumental in developing the Jersey Fresh program, particularly for potatoes. If you’ve ever bought a bag of Jersey Fresh potatoes, these people actually designed the bag.

But, as you probably know, most people don’t really have brand loyalty toward potatoes. We don’t even know what that means. We didn’t even know potatoes had brands.

So, they’ve decided to branch out into something with a little more brand loyalty. Barley…?

“We’ve grown potatoes for five generations, and potatoes have always been one of our main crops,” says Hillary Barile of Rabbit Hill. “We have, in the past few years, realized that potatoes aren’t really a profitable crop to grow in New Jersey anymore. We wanted to grow something we’d really enjoy, and my brother’s been a homebrewer for about ten years.” Brother Blair wanted to make a beer made entirely out of ingredients he grew himself.

“It seemed like we should grow something that would be fun for us to grow and a challenge for us to grow, and barley hasn’t really been grown in New Jersey for about 100 years. It’s potentially profitable with all of the breweries in New Jersey, and the demand for beers that are produced locally with local ingredients. We wanted to tap into the rising desire for the consumer to know what’s in their food and that it’s something that came from somewhere that they can feel good about.”

CMBC was the first brewery they contacted when they started growing barley. “We saw last year that they were the first beer with the Jersey Fresh designation, on the Honey Porter, and we realized that they were a brewery that was really excited about producing beer with local ingredients.”

Ain’t that the truth!

Rabbit Hill Farms was one of the first farms in the state to participate in the Jersey Fresh program. They’ve produced under the brand almost since its inception. “We’re really proud to be a Jersey Fresh supplier,” Hillary says.

We’ll be getting some base malt from these guys — pilsner or two-row. Eventually, they plan to expand into aromatics, caramels, maybe crystals. The climate in New Jersey isn’t great for barley — far too wet, as you may have noticed recently — so we’ll be working with them to develop their system.

When they made the decision to grow barley for brewing, Blair mentioned that they’d have to learn how to malt the barley. Undaunted, Hillary said, “Well, I’m sure we can figure that out.”

You know how we like to keep things local at CMBC, and we’re glad to hear that news traveled all the way to Shiloh. Really, it’s not all that far — and Rabbit Hill Farm takes up about half the town.

They should be around for awhile, too. They’ve just gotten their farm preservation designation, so the land will be used for agriculture in perpetuity.

In addition to Rabbit Hill, we’re looking toward several local farms to supply our hops — so it looks like a 100% New Jersey beer isn’t far from a possibility.

“When we were working on Beets by May, we discussed a 100% Jersey beer as a possibility,” Jimmy tells us. “Rabbit Hill contacted us at that time and we thought, ‘Perfect!'”

Details are still up in the air, but look for a release sometime in the fall.

Keepin’ it local, keepin’ it good. That’s what we like to see!